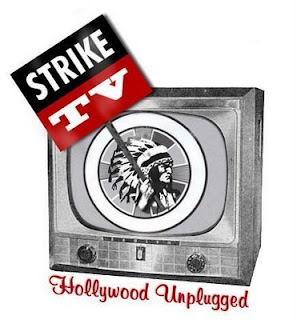 Tom Holland Debuts New Web Series '5 OR DIE' on Bloody-Disgusting.com: Last week, I told you guys about that mysterious clip that mysteriously didn't get sent to us at Dead Harvey, but did get sent to a bunch of other horror sites... well, it was quickly revealed that "5 or Die" is a new short film from writer/director Tom Holland, they guy who did "Child's Play". It's debuting exclusively on Stike TV, which is that new online channel that a bunch of writers created during the writer's strike. A lot of people seem to think that Strike TV may be a huge catalyst for pushing people to online entertainment and something that will be a major thorn in the side of network tv, as it's one of the only online channels that is made strictly by professionals. I'm not sure how you go about finding "5 or Die", specifically, buy you can find Strike TV here.

"The Gates of Hell" trailer on Youtube: Not really news, but I came across this... and I had to share. It's the trailer for first time director, Kelly Dolen's upcoming film, "The Gates of Hell". It's about five adventurous filmmakers who set out to make an online interactive movie, exploring the nature of evil, who soon find themselves the subject of their own intentions as they accidentally uncover the heinous truth that has been secretly hidden in the bowels of Von Diebitsch Manor for generations. I know, I know... it sounds like something you've seen a thousand times, but trust me... click on the link up there and you'll find out what I found out - that this is going to be awesome.

Lionsgate Expects More Revenue Gains on THR.com: Guess what? Lionsgate is making money... and guess where they make it? "The growing Blu-ray and digital markets". Lionsgate finances a lot of their own movies, but they make tons of money off of aquiring and distributing indie horror films. Lionsgate is fun to watch because I think they really do have it right... they're one of the only major players that gets how lucrative the indie horror business is. So, if they're doing well, you know that there is a market for all this stuff we're making and putting out there.

How Virtual Reality Is Coming to the Movies on adage.com: I just thought I'd pass this on because it's just plain crazy. Basically, they're talking about "cinema 2.0" and how the worlds of film and video games are going to collide. Essentially, graphics cards are so fast now, that it'll be possible to render actors virtually, then make movies interactive... like a video game. Such as, "playing a movie at home, users can change plots, interact with characters and even create new endings." Further, as they can render actors into simulated environments, directors can "envision his film" before they shoot it. I'm betting I could finance 5 indie horror films for the amount of money they would spend on "envisioning" ONE scene.
Lastly, check out the poster for Saw V's Blood Drive (click to enlarge... I think): 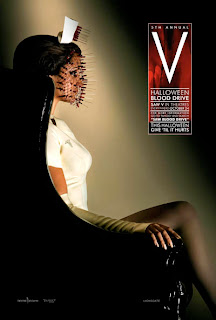 eToro is the best forex trading platform for beginner and established traders.