Interview With Michael Hein, Festival Director of the NYC Horrorfest 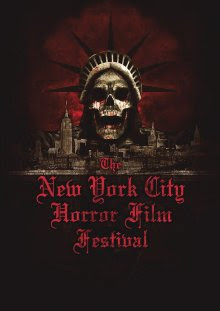 If you're a regular reader, you're probably aware that we talk to a lot of indie filmmakers, trying to get insight and information to pass on to other indie filmmakers. Well, we're going to start branching off every once in a while, by interviewing people in other areas of the indie film world in an effort to show you insight into all these other facets, as well... the area we're going to look at this time? The indie horror film festival. More specifically, The New York City Horror Film Festival, which has been going on since 2001. It takes place in New York, obviously, and runs for a week in October. They currently have a call for submissions going on and there's lots of categories to win awards in. With lots of screenings, parties and things to do, it's one of the best festivals of the year to get involved in as a filmmaker or fan. Dead Harvey talked with Michael Hein, the founder and festival director...

Tell us a bit about yourself. How’d you get into indie horror?

I'm a New York City based Producer / Director. I've been working in the indie film scene going on 18 years. From PA to Special Effects work, and now Directing & Producing, I worked my way up the production ladder, and now run my own production company; MooDude Films. While horror films are not all we do, it has always been my passion. When I was 13, I caught a George Romero double feature of Dawn of the Dead and Creepshow and I was hooked from that day on. You can check out my recent films at Moodudefilms.com

Tell us a bit about NYC Horror Fest. When did it get started and why did you start it up?

I founded the festival in 2001 to help other like minded filmmakers get their work seen, not just by the fans, but most importantly, by the industry and contemporaries. At the time there were only two other festivals (also in their first year) but they were both out in LA, so building an event like this in the worlds largest media market seemed like a no-brainer. Now it seems that every state has a horror film festival, but we like to think the NYCHFF stands out as an important global film festival. We get acquisitions reps from every major distribution company in the world, from Universal and Lionsgate to NBC and HBO.

It's a great place for your work to be seen, meet reps, set up connections that could lead to selling your film. I try to point out to all filmmakers, a film festival is supposed to be about making connections. A lot of film festivals out there are really only about screenings for horror & sci-fi fans and that's great, but we try to make the NYCHFF all about the industry.

We work very hard to make sure the attending filmmakers have a great time at the event. Parties, panels, etc. Of course, I’d like filmmakers to also make some good contacts with distribution companies, producer reps, and other filmmakers.

The same thing everyone looks for in a good film; A solid story, good directing, and talented acting. We honestly never look for bigger budgets or name actors. The NYCHFF is all about the genre and we expect a little genre knowledge from our filmmakers. We like to program an eclectic festival, so send us the best of horror, sc-fi and thrillers.

No, you shouldn’t be thinking that way at all. As a filmmaker myself, my advice is never compromise your art. Make the film you want to make, never change things because you THINK a festival would be more friendly to it if you did “this” or “that” differently.

Are there any particular success stories from films that screened at NYC Horror Fest?

I’d hate to single out any one filmmaker for another, but there have been many alumni filmmakers that are now doing big stuff. The one thing I will say is that every feature film that has screened at the NYCHFF in our seven years has been picked up for distribution. I don’t think any other genre film festival can say that and we are very proud of that fact.

Make your film…..period! I’ve know a lot of people that talk and talk about they are going to do this or that and it never happens. If you want to be a filmmaker…….be one!

Who knows? Right now (I hope) we are coming to the end of this “lets go out and remake every horror flick from the seventies, but change everything about them that made them great” attitude from the Hollywood studios. I see some great indie films every year and one thing is for sure, the new Romero’s, Carpenter’s and Craven’s are not going to be found on a studio lot.

What’s next for you and the NYC Horror Fest?

Where can people find out more about NYC Horror Fest and how can they go about entering their film?

NYCHorrorfest.com. You can also google us and film a ton of press and stories on past film and filmmakers. You can also watch some great past shorts from the fest at Openfilm.com
Posted by Dead Harvey at 9:00 AM

How did he die?