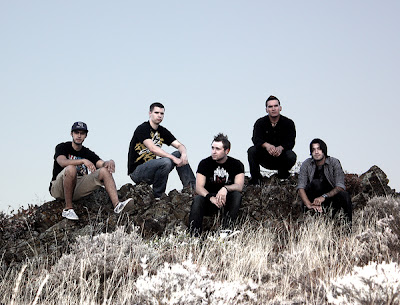 Did you know that the most successful Kickstarter and Indiegogo campaigns are music and film related?  No joke...  indie filmmakers are having tons of success with it.  Having said that, there's a science to successfully raising money.  You can't just throw a few pictures up, state your intentions and the money will roll in.  It can take months to prepare to launch your Kickstarter campaign.  Anyhow, this is an area that we're looking into, as we're looking at launching a few projects through the service ourselves.  If you have a Kickstarter or Indiegogo campaign going or you've had success and/or failure through one of the services, shoot me an email.  I'd love to share the stories....  until then, here's some info on some indie filmmakers that are trying to raise some funds.  Support indie horror!

The masters of Micro-budget Horror are returning once again, and this time, they are asking for your assistance!

It all begins with a secret, one that has been kept hidden in the woods of Central Washington for decades… an unsuspecting group of college students gather for a weekend party and festivities when the group begins disappearing one by one. What’s even more terrifying is the revelation behind it.

Ahtanum, this chilling College-Aged Horror which takes a unique twist was created between Light Productions and new production company, RED Winter Films is producing this project in association with JH Productions LLC. Shooting begins on October 8th, 2012 through October 28th, 2012! After the Film's Picture/Video Lock (1st Q 2013), we will place it in a heavy film-festival run before moving forward with our Indie venues of Theatrical, Online, and Television Distribution.  We aim to film this production on the Red Epic, and if get enough help... it'll be done in 3D! (Do we really need another bloody 3D horror film, um, yes!)

Production Personnel attached:
In addition to multiple perks, you'll also receive the warm-fuzzy feeling from knowing you helped donate to an amazing production! If you can't donate, please help spread the word to at least five people!
View our Demo Reel Here - http://www.youtube.com/watch?v=NC1ZnOHtJpY
Posted by Dead Harvey at 11:28 AM 22 comments:

Interview with Greg Hanson about his film, "Thy Kill Be Done"

I love it when we can share a film with our readers, then follow the film up with an interview with the filmmaker...  do yourself a favor, check out "Thy Kill Be Done" -- an awesome nunsploitation short flick.  It's embedded below.  Then, read up on the interview with Greg Hanson, one of the indie filmmakers behind the project!

Thy Kill Be Done (2010) from Greth Productions on Vimeo.

Thy Kill Be Done is a short nunsploitation/revenge film about an inner city church where the Monsignor Priest is killed by a gang of no-good hoodlums and their drug lord leader, so the nuns in the church’s clergy vow bloody revenge. But these are no ordinary nuns…

The budget for the film was about $3,000. This was a student film and we were actually able to somehow get the school to pay for a large chunk of it through campus film organisations that make and finance films. We had to formally pitch to the boards – it was really funny. But everyone was really behind us and super supportive. The rest of it I put up from my bank account, haha.

The film has pretty well done everything we (my co-director Casey Regan and I) could hope for – it has gotten us some great press, it was the first of our films to play a film festival – it has now played more than 25 and still screens – plus we learned a ton from it. It’s now available online for people to enjoy, so I think it’s done pretty much exactly what we had hoped for!

The film has played more than 25 festivals worldwide so far and it’s still playing every now and then. It did pretty well but definitely had its fair share of rejections. That’s the way it goes. I love the indie festival circuit – we had some amazing experiences, met lots of great people, had a lot of fun. The indie festival route is sometimes tough but often rewarding. We ended up screening to more than 600 people in a huge amazing theater before Hobo with a Shotgun when we screened at the Sitges Fantastic Film Festival in Spain. Sitting next to Jason Eisener and Michael Biehn (who was there with The Victim) and a ton of other great people, it was very surreal and wonderful. It’s a great experience to finally sit back and enjoy your film with a great audience after it’s all said and done. It’s an amazing feeling of satisfaction.

Distribution is a slippery thing, especially for shorts. We have talked to a few people over the last few years but it really comes down to a lack of market for shorts. With a few exceptions (the occasional such-and-such director’s early work or Wholpin compilation), shorts are typically special features if they even make it on DVD. So, not surprisingly, nothing has happened on that front. So, instead we put it online for anyone to check out and enjoy!

The production was definitely tough – we had to push the shoot back a few months from late October, 2009 to late January, 2010 because we had to figure out money stuff and get all the pieces together. As you could imagine, a January shoot outside of Boston was pretty brutal – we were pulling 17 hour days because we had to get it all done in a weekend, so we were shooting night exteriors in the middle of the night in 20 degree weather. We had no such thing as a warm room or tent. We were so worried that everyone was going to hate us afterwards and that we wouldn’t finish, stuff like that.

On the last day of the shoot, I had gotten about an hour of sleep before I had to wake up to go to pick people up. But when I got up to get ready, I fell to the floor. I couldn’t really walk or form sentences because I was so delirious. I called up my producer Ben Brewer and tried to ask him something about his car that I was using to pick people up. But I couldn’t finish the sentence. I kept slurring my words and nodding off. After a few minutes of arguing, he said he was pushing the call back. After some fighting, I rolled back over, sprung up three hours later feeling like a million bucks, and we went and shot the whole final sequence of the film. After a long three days, we got everything we needed, it looked great, and everyone had an amazing time.

I got into horror movies late in life. This is, in part, because horror movies did what they were supposed to do – they scared the shit out of me. So much so that I wouldn’t sit and watch one until I was 10 or 11, and even then I typically stayed away. But when I was about 13 or so, I watched The Texas Chainsaw Massacre (1974) for the second time and suddenly everything clicked. It all seemed to make sense. It was the first time I watched a movie and I noticed the beautiful art of filmmaking. I noticed cinematography, the eerie sound design, the atmosphere, and I was hooked! The movie ended and I said, “That’s the creepiest thing I’ve ever seen!” and I wanted to immediately go back to the video store and pick up something else. It didn’t take long for me to get my hands on the classics – Suspiria, The Hills Have Eyes, The Fog – and that’s when I knew I wanted to make movies.

I love the indie horror scene – it’s pretty much the only horror scene, as far as I am concerned. Big budget horror is pretty much dead – the indie scene is where the innovation happens and horror is and has been such an innovative genre. I love the old school vibe of a lot of the films happening, the mixing of genres, the absurdist edge, comedic twinges. There has been this great movement to make films that channel the best elements of yesteryear – funky music, crazy costumes, real suspense, horror, dread – and employ them in modern stories. It’s great to see less and less straight gross-out films happening and more imagination and experimentation. There are so many talented people making stuff right now - people like Alex Chandon, Ti West, Jason Eisener, Lucky McKee, Alex de la Iglasias, and countless others are making some of their best work right now!

We have a short black comedy that we are editing right now called Ipecac about a gambling addict who realizes he can cough up money but rather than pay off his debts, he creates horrible new ones. Casey and I just premiered our latest short, our family drama in a town full of cannibals Meat Me in Plainville at the amazing PiFan Film Festival in South Korea, so keep a lookout for that! Past that, we have some fun scripts coming together involving screwed up families, feudal dojos, post-apocalyptic pimps, and more! So the future holds some fun stuff.
Posted by Dead Harvey at 9:10 AM 1 comment: