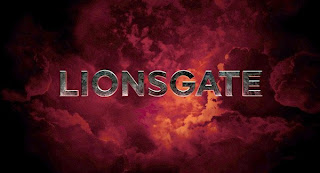 I came across this article and I was just going to include it in a post with a bunch of other links, but I have WAY to much to say here. Here's a link to the article in question, it has to do with the shitty stock market and how that effects media companies, it talks about Lions Gate - which just happens to be one of my favorite studios and, lastly, I think it also shows some insight into what the future may look like for media... Sorry for this long post, but I've got a lot of shit to say on the topic.

First off, let's take a look at this shit storm called the stock market. Chances are, you've heard that there's some pretty scary stuff going on out there. This isn't a financial site and I'm not going to bother talking economics, but let's just state a couple facts. One, panic is setting in and two, there's some crazy shit going on. Most media companies are publicly traded, whether on their own, like Lions Gate, or as a subsidiary of their media conglomerate - think Viacom owning Paramount. Media stocks, much like every other stock out there, have been hammered. Take Lions Gate, for example, which is currently trading at $6.16 as I type this... In August, it was as high as $10.50. So, if you do the math, the company lost almost half its value in 3 months. However, that's stock value. There are people out there who are way smarter than me that can take a look at the books, plus their library of films and the deals they have in place and come up with a proper valuation... which, in this case, should be higher than $6.16 per share. (According the article, it could be as high as $15 or $16 a share) So, what happens? Guys like Carl Icahn, the billionaire financier, corporate raider and private equity investor, step in and start buying shares... which is exactly what happened. Why? 'Cause he smells an opportunity.

Let's look at Lions Gate for a second... they're considered to be one of the most commercially successful independent film and television distribution companies in North America. And I think they did that on the shoulders of indie horror, which as you know... is one of the most profitable sub genre's out there. Lions Gate's first box office success was one of my personal favorite films, "American Psycho", and they went on to do stuff like "Saw", "Hostel", "House of 1,000 Corpses", not to mention distributing edgy stuff that no one else would touch, like "Fahrenheit 9/11". That's just to mention their theatrical releases, they also have an indie horror library that numbers in the thousands, which they distribute direct to DVD. Long and short, this is a company that's only been around for about a decade, but has become one of the worlds quintessential indie horror distributors. They saw this market before anyone else did and now they own it. They produce, they distribute, they acquire edgy foreign horror, they have a television production arm and they make money.

Okay, so... now we know that Lions Gate is a pretty good company AND that the stock market has hammered its price down AND Ichan smells something. So, what's he smell? According to this article, he smells it as a take over target. By who? Yahoo. Now, whether or not that would actually happen is one thing, but what's interesting to me is the fact that Lions Gate would even BE a take over target for Yahoo. Let's think about it for a second... doesn't that actually fit with what we've been saying for a while now? The future of film is not theatrical, it's through new distribution methods, such as online. A Yahoo take over of Lions Gate would give an internet company every relationship it needs, plus a huge library of films, to get into a whole new era of content distribution. Personally, I think that companies like Yahoo, Microsoft and even Sony will be the studios and media players of the future. Microsoft is prepping the Xbox to be the media portal that connects everything in your living room and Sony's trying to do the same thing with its PS3. It's no mistake that they all connect to the internet, have web browsers, plus play DVD's and Blu-Ray. Yahoo wants into that market, so this could be a good move. Anyhow, I would expect that coming soon, you'll see a LOT of companies selling off parts, plus other companies buying up those parts. There's going to be some interesting consolidation coming...

So, what's this mean for lowly indie filmmakers? Who really knows? I do have a few ideas, though. For one, all the studios, from the big guys all the way down to the more indie guys, are axing budgets. That's precisely why shitty shows like "Knight Rider" are getting a full season. No one wants to pay for making a whole new show. Risky films aren't going to get made and you're going to see a LOT of PG-13, made for the whole family, films and TV garbage. They're hedging their bets and won't take a risk. This will widen the divide between indie film and the studios, which could create opportunities for you. If anyone can take a risk, indie filmmakers can. So, my suggestion? More blood, more guts, more nudity and more f'ed up plot lines. Go f'ing crazy. People will get sick of seeing generic visual vomit and crave edgy films. So, the edgier, the better. Why do you think Asian films are so f'ed up right now? Because, years ago, the government tried to tell people what they could watch. So, what happened? The underground horror movement went ballistic over there. The other thing I sense coming will be an explosion of new distribution methods. Everyone's profit margin is so slim now, that they'll be looking for any new way to make money... and there's only one way to do that, get it out there any way possible. When the internet companies get involved, they'll get all the nerds working on ways to get content out there through your PSP's, Xbox's, smart phones and whatever new device is going to be launched in the next few years.

So, maybe it's the optimist in me, but... the next few years are going to be interesting. It could get bad, real bad. But I do think there's good times ahead, especially for those indie filmmakers that keep at it and push forward.
Posted by Dead Harvey at 9:30 AM

Watch this or quit placing bets on sports...