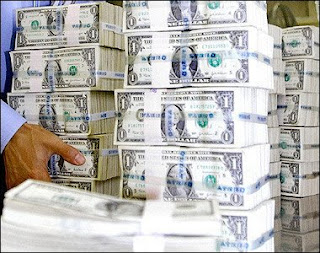 It's been a while since I did a Linkapalooza and looked at what's going on out there in the industry... so, here's a few things to take note of:

Priciest films the most profitable, says study on THR.com: Now, this will show you how insane Hollywood truly is. Well, in my mind, anyhow. Long and short, this article says that "animated films have the best average profitability", by contributing "an average net profit of $230.6Million". It goes on to say, after analyzing 1,000 or so films, that "the two priciest segments surveyed showed the best profitability." What are the two priciest segments? Animated and Sci-Fi/Fantasy. Third, by the way, is Family. By any chance, could those be the most profitable segments because they reach the broadest audience? Animated, Sci-Fi/Fantasy and Family movies are films where a couple of parents take a bunch of kids... and the kids usually like to see the movie 10 times, then buy the action figure. By the way, Sci-Fi/Fantasy isn't "AVP2", it's "Star Wars" or "Transformers". Could it be that the "priciest films" are "the most profitable" because you're throwing your money at the biggest money making segments? Also, I think it's fair to say that the bulk of those profits came from a handful of films, they're definitely not ALL profitable. Anyhow, two conclusion points here, one... it just seems to me that they're justifying spending a shit-load of money and trying to prove it to their financiers with a "study". Two, they do offer this one tidbit, which is VERY interesting from the perspective of an indie-horror filmmaker. They say there's ONE exception to the "costier-is-better premise". Horror. "Horror had the best results when produced for $10Million or less". For me, that says that horror fans don't need a glossy, polished film, they just need a good film. Remember that... when you're making your film for a fraction of $10Million... or a fraction of a fraction.

Sci Fi, RHI ink pact for five telefilms on, once again, THR.com: This link is for you Sci-Fi Original fans, I know you're out there! Just for you, it's a peak into the future! RHI Entertainment produces a lot of the Sci-Fi Originals and they've just been tapped to make 5 more. The article actually goes through all five films... Personally, I'll be looking forward to "Alien Western", where monstrous buglike machines from another world attack an Old West town in the 1890's.

The American Film Market on ifta-online.org: The American Film Market, or AFM as they like to call it, is coming up this November 5 - 12 in Santa Monica and I thought I'd just tell you about it. It's an annual event that attracts over 8,000 industry people for eight days. Participants from over 70 countries converge in Santa Monica to buy and sell distribution rights for completed films or to gain financing for projects in various stages of production. It's not a festival, it's more like a massive tradeshow. If you attend, you'll be in the company of acquisition and development executives, agents, attorneys, directors, distributors, festival directors, financiers, film commissioners, producers, writers, press and an array of other people who provide services to the industry. Long and short, unbelievable networking and a wicked opportunity... however, that, of course, comes with a cost. A one day pass costs $275, a pass for the full eight days costs $895. That's a lot of money. Personally, I'd go down to Loews Santa Monica Beach Hotel and/or the Le Merigot Beach Hotel, where it's all held, and hang out in nearby bars and restaurants... probably bars. You're sure to get people coming in for a beer or lunch. Save the $275 and spend it on drinking. It's a no-lose proposition.

In closing, I'll leave you with a couple of Fewdio Horror Shorts that I haven't mentioned yet...