New Horror Out on DVD this week... 8 of which are from the new label, Ghost House Underground 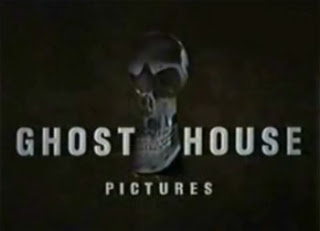 Well, I didn't have a new post up yesterday and I apologize. I was out of town, but had started working on this one before I left and couldn't get it finished on time. Either way, it's done now and it's a good, yet slower week in new releases. If you'd like to help us out, click on the titles to buy the DVD's off Amazon... otherwise, as always, you can check out the trailers on our Youtube page.

The biggest release of the week is probably "Stuck

", which we covered a while ago. It's a pretty cool deal, as it was based on the true story of a lady who accidentally hit a pedestrian with her car. Then, with the homeless man trapped in the car's windshield, she drives home and debates what to do. So, she figures that the accident will destroy her life and she opts to let the man die slowly in her garage... and the homeless guy figures that out and painfully tries to escape. It was directed by Stuart Gordan, who you should remember as the guy behind "Re-Animator" and "From Beyond", and it won him the Silver Raven award at the Brussels International Festival of Fantasy Film, as well the Staff Prize for Narrative Feature at the San Francisco Indiefest. It stars Mena Suvari as the driver... Stephen Rea as the homeless guy.

", which as orginally called "Complexx", is from the Netherlands and it's in Dutch. It's from director Robert Arthur Jansen, who co-wrote it with Clifford Adsonn and it's his directorial debut. As it's from the Netherlands, I have NO idea of who any of the actors are... the film is about five people who get locked in a maze-like entertainment complex to play a special level for an online game in reality. However, they soon discover the bizarre rules of this game get more and more horrifying and deadly.

", which comes out today, as well. It's got some indie horror classics in it, including Tiffany Shepis, Debbie Rochon, Linnea Quigley and it's even got old Lloyd Kaufman in it, as well. Shea also directed "The Night Owl", which was part of the "Tomb of Terrors" 50 pack and "Clarks". It's about a group of college kids who win a trip to New Orleans for Mardi Gras, where the bodies start to pile up right, smack dab in the middle of the biggest party of the year.

There's 8 more horror films, most of which are fairly indie, coming out today. They can all be purchased individually, but they can also be bought as an 8 pack of films called the "Ghost House Underground Eight Film Collection

". I know you've heard the name "Ghost House" and seen the logo, but I'll tell you a bit more about them, in case you don't much more than that. Ghost House is a joint venture between Mandate Pictures, Sam Raimi and Rob Tapert. Tapert's the long time producing partner to Sam Raimi and if you don't know who Sam Raimi is, you probably shouldn't be reading this site. They came out with a slew of decent films, including: The Grudge, The Grudge 2, The Messengers, 30 Days of Night and Boogeyman. Their next film is the Sam Raimi directed, Drag Me To Hell. Anyhow, they just came out with "Ghost House Underground", which acquired a bunch of indie horror films for direct-to-DVD release. Like I said above, you can buy the entire set or buy each film individually. Here are the films in the set...

"Dance of the Dead

" got quite a bit of buzz on the festival circuit. It was directed by Gregg Bishop and stars Jared Kusnitz, Greyson Chadwick and Chandler Darby. If you couldn't guess from the title, the dead rise to eat the living on the night of the big High-School Prom. Of course, the only people who can stop them are the losers who couldn't get dates to the dance.

"The Last House in the Woods

" is directed by Gabriele Albanesi and stars Daniela Albanesi, Daniele Grassetti and Gennaro Diana. It's about a woman who escapes a group of bullies seeking to rape her and she takes refuge with a seemingly kind couple... who have a dark secret hidden in their quiet, secluded house.

" is directed by Michael Roesch and Peter Sheere and stars Sid Haig, Ken Foree, Jason Connery and Victoria Pratt. So, I'm assuming you know who Sid Haig and Ken Foree are... anyhow, they team up again in this claustrophobic thriller about a team of vampire hunters who must infiltrate a nest of the undead to save one of their own.

" is directed by Pete Riski and stars the LORDI, Skye Bennett, Noah Huntley and Dominique McElligott. We've also covered this film in the past... LORDI is a heavy metal quintet from Finland that are a lot like GWAR, in that they dress up in elaborate monster-like costumes. Anyhow, they're HUGE in Finland. So huge that they spawned comics, books and, now, this film, which is about a father and his autistic daughter that try to escape a hospital that has mysteriously become a portal for dark creatures from a different world.

" is directed by Martin Barnewitz and stars Neel Ronholt, Mikkel Arndt, Julie R. Olgaard and Jon Lange. I don't know anything about the film, but with those names, I'm assuming it's from somewhere in the Netherlands? It's about a girl who moves into a haunted university dormitory.

" is directed by Igor Shavlack and stars Dmitri Orlov, Svetlana Metkina, Aleksandr Vysokovsky and Yuliya Mikhailova... I haven't heard of this one, either... but I'm thinking it's from Russia? It's about a bank heist turned deadly, when the robbers and their hostages flee to the abandoned underground subway station where they encounter the Trackman... a deformed madman that prowls the darkness.

"No Man's Land: The Rise of Reeker

" is directed by Dave Payne and stars Michael Muhney, Wilmer Calderon and Desmond Askew. It's about a sheriff and his son who chase casino robbers, only to find that they're all being chased by something else. They're not really advertising it or anything, but this has to be the sequel to Payne's 2005 film, "Reeker", which was pretty damned good.

" is directed by Ole Bornedal and stars Paprika Steen, Jonas Wandschneider, Ulrich Thomsen and Sonja Richter... Okay, Sweden? It's about the sixth grade students of a small town who begin to realize that their new substitute teacher is an alien. When the parents don't believe them, they are forced to take matters into their own hands... and that's actually a really cool idea... I'm going to have to check that one out, for sure.
Posted by Dead Harvey at 9:00 AM