Film Fest Updates and A Call To Arms 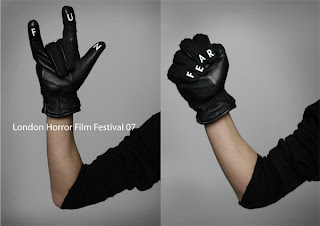 As you can imagine, October is a big month for horror and it's when a lot of the festivals and conventions occur. So, instead of just highlighting and talking about a few of them, I'm going to go down the list of everything that's going on for the rest of the month. However, before I do, as I feel I should inject some sort of opinion or thought into every post, let me just say a little bit about the indie horror festival scene.

The way I look at it, there's two perspectives to take on the festivals... one is from the perspective of you, the individual filmmaker. The other is basically the perspective of the entire indie-horror scene. Here's what I mean... and bear with me. As you'll hear over and over again in the interviews that we do, the cost of producing a quality indie horror film is low, very low... and it's getting even lower. Now, that means that there's going to be a lot of new films coming out each year. That's not a bad thing, because I think more films does not mean more competition. Fans of the indie horror scene will watch a lot of movies. Having said that, and here's my point, how big is this whole indie horror scene? How many people know about it? Seriously, what percentage of 'filmgoers' actually know that there's an entire sub-genre made up of low to no-budget, horror films? I know about it, you know about it... but most people simply don't. So, just flooding the market with all these films isn't going to increase the demand. It'll just increase the supply. We, as indie horror filmmakers and fans, need to create the demand. How do we do that? By creating awareness. And the festivals are one of the best ways to create awareness.

This is why the festivals need to be supported heavily, by all of us. If indie horror festivals can become staples in all of our different communities, it'll draw press and interest, which will draw new fans. With new interest and new fans, comes increased awareness.... which creates more demand. More demand for YOUR indie film. See how I've come full circle here? So, long and short... aside from the fact that entering a festival can get your film more attention and that attending these festivals is a great place to network, you need to support them because you want to support the future of the indie horror scene. Make sense?

With that, here's a list of the festivals that are coming up throughout the rest of October...

South African Horrorfest: October 30, 2008 in South Africa
Posted by Dead Harvey at 9:00 AM