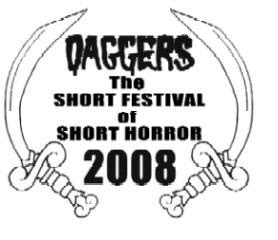 So you know, the Dead Harvey team isn't a bunch of vitamin D deficient guys that sit around in dark rooms, cruising the net all day, looking for new ideas to post on the site. We're vitamin D deficient, alright, but that's mostly from hanging out in bars... and we are on the net a lot, but mostly for porn. AND, we're also a bunch of fledgling indie-horror filmmakers, ourselves... but, really, more than that, we're indie-horror fans and we want to see other indie-horror filmmakers succeed. The idea for the site was really to just give like-minded filmmakers a place to find out what other people have gone through, as well as a place to give filmmakers some promotion for their projects. Residually, though, we meet a lot of industry people. And by that, I mean people who are fans of indie-horror and, really, just want to see the whole sub-genre do well and are making a living by being involved in it. One of those guys is Peter Gutiérrez.

Peter is an author on Firefox News, you can check his articles out here. To quote his little bio on that page, "Over the past fifteen years, Peter's criticism, non-fiction, short fiction, poetry, and comics have appeared in numerous publications." I could list the publications, but I won't. He used to list them there, but he removed them and, at this point, I don't want to guess. Anyhow, he removed them, I'm assuming, to promote the new festival that he's putting on in New York... which is also the reason I'm doing this whole post on him.

He sent me a press release on DAGGERS, which is The Short Festival of Short Horror, and I'll cut and paste some information below. It looks like it's going to be a great time and it's got a great line up. If you're in the New York area, you should definitely check it out...

L.A.'s Screamfest, Edinburgh's Dead by Dawn, Korea's Puchon, Montreal's FanTasia—horror fans know these as world-class showcases. But now you don't have to leave New York to experience some of the best short films that such events have to offer.

On October 22 at 9:00 p.m. New York City's Pioneer Theater will present 90 minutes of eye-popping and breath-quickening international releases at DAGGERS, The Short Festival of Short Horror. Then the entire program will repeat at 9:00 p.m. on October 23. For tickets, address, and other information about The Pioneer Theater, please visit their site here.

"Every October pop culture fans and moviegoers are besieged by horror offerings from various mainstream media," points out DAGGERS founder and programmer, Peter Gutiérrez. "And while being too highbrow would work against some of the genre's pleasures, is it completely unreasonable to expect our scares to be served up with—dare I say it—art?"

"The goal of DAGGERS," continues Gutiérrez, a film critic for Firefox News among other outlets, "is to present the breadth of the genre's possibilities with a program that satisfies both hardcore fans and those who test the waters only at this time of year. In doing so, we'll feature the entire spectrum of terror, from ghostly 'quiet horror' to screaming-loud full-assault, from old-school pulp-flavored tales to cutting-edge animation."

The line-up is great and there's a few familiar titles in there. For more information on DAGGERS, please email fiifgutierrez@gmail.com or visit Myspace.com/peter_gutierrez.
Posted by Dead Harvey at 9:00 AM