Linkapalooza - September 4, 2008: Independents do what Dead Harvey said they would... 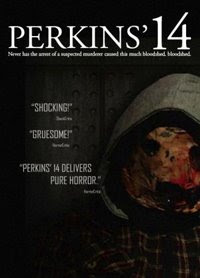 God bless this industry, there's always so much going on and, as usual, Dead Harvey's just trying to keep you on top of it all. By the way, the poster to the right is for the film mentioned in the second link there... now, wtf? It's JUST in post production now and it doesn't come out until 2009, how can they already have three reviews? Whatever... don't ask, don't tell.

Independents change tactics on Variety.com: I think this gives me a GREAT opportunity to bring up a post that I wrote a while ago that I really liked, if I don't say so myself... Remember Mark Gill's speech about how the sky was falling for indie film? Remember my semi-brilliant retort? Here's the link, if you didn't get a chance to read it the first time around... Anyhow, guess what? It looks like indie filmmakers are already figuring this whole new scene out and doing what we thought they would. I thought my post covered all the necessary stuff, but you could read this one too... it basically says indie filmmakers are going to have to look at new distribution angles or just self-distribute. Plus, if you're interested in the business side and the numbers, they get into that. Jokes aside, it's definitely worth the read.

Internet-Born "Perkins' 14" Hits Theaters in January on ShockTillYouDrop.com: You remember that project that we mentioned forever ago? (probably more like 3 or 4 months ago) The project that was developed online at Massify.com to be produced by After Dark Films, where writers submitted story ideas, actors submitted audition videos and the site's community voted on everything? Well, they're in post-production now, the film's called "Perkins' 14" and it's going to hit theaters in January '09.

Analog Meets Its Match in Red Digital Cinema's Ultrahigh-Res Camera on Wired.com: I'm not much of a camera guy, really... I like them and all, but I usually just employ the services of someone who really knows what they're doing. However, this link is for all of you who are camera guys. This is about Red Digital Cinema, a company that's revolutionizing motion picture cameras with their product, "the Red One". Sounds a little weird, I know, but you HAVE to check out the video clip they have on that link, it's unreal. "Red Digital Cinema" was founded by the guy founded Oakley, then went on to become a billionaire. Apparently he's dumped tons of dough into making this camera and all the camera guys out there are blowing their loads over it. So, if you're one of those camera guys, do yourself a favor and check out it out... read the whole article, too. They really delve into the tech and everything behind it.

Kindertrauma: There's a certain type of horror movie that exists because it's trying to dig up things that you may have been scared of as a kid... like the clown in "Poltergeist", Chucky, Freddy, the boogeyman, clowns or a hockey masked, psycho killers that'll get you when you go out in the woods. You know, those basic fears that everyone's had forever. Well, I came across this site, Kindertrauma.com... and it's dedicated to everything that scared you when you were a kid. I'm thinking that if you're looking to write a script and you're still in the idea stage, take a look through this site... I'm sure you'll find something to write about.

10 Ways to Increase Your Marketing IQ This Summer on Adage.com: I'm going to lay something out here for all you indie horror filmmakers... and this really is a fact. When it comes to making money in this business, you'd probably be better off to know more about marketing and advertising than filmmaking. As far as Hollywood is concerned, they have marketing teams working on films before a frame is even shot and marketing does make or break a film. When it comes to an indie film selling 20 copies or 20,000 copies, the difference is in the marketing. Knowing how marketing works will change the way you approach filmmaking... Anyhow, this is an article from Adage and it's this guys advice to marketers on what they should be doing during the dog days of summer. Now, two things... one, almost everything he says is pertinent to filmmakers, so you should read it anyhow. Two, he mentions a few marketing books to read in there. Think about reading them. If not them, pick up some basic marketing books. You'll really be surprised how much it'll help you.
Posted by Dead Harvey at 8:00 AM


Right here is the right blog for anyone who wants to find out about this topic. You realize so much its almost hard to argue with you (not that I personally will need to…HaHa). You certainly put a new spin on a subject that has been discussed for a long time. Excellent stuff, just wonderful!