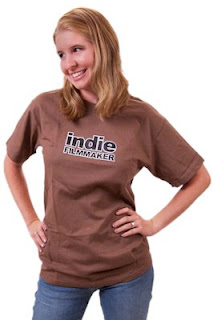 I like to do a minimum of one post per day, five days a week. Usually, I've got two or three interviews or ideas waiting for me to just fix up and post, but this morning... nothing. So, after staring through a few empty beer bottles and into the matrix of screens on my home office desk for a few moments, I checked my email. Then, I checked the stock market to see how it reacted to W's speech last night. (positively... for now) After that, a bit of porn. Then, when I realized that a post wasn't going to write itself, I decided to take a look at three more indie horror distributors that have been brought to my attention by some of you guys. Today, I'll look at Indie-Pictures, Passion River and Film Baby.

I've talked to a few guys who've distributed their films under Indie-Pictures and they've had nothing but rave reviews. To be honest, it's one of the only distributors that's batting 1.000 with people I've talked to. I actually reached out to these guys, as I wanted to talk with them and find out more, but... well, they haven't got back to me yet. I'm sure they're just taking the time to draft a proper letter or something. Anyhow, and this is from their website, they've "developed a model of distribution specifically designed to support the independent filmmaker, challenge many of the existing assumptions about distribution of independent films, and create opportunities for both films and filmmakers which have until now not existed." There's more on their website there, including contact information for both the CEO and Chairman of the Board.

Passion River is another new company that's been brought to my attention. Actually, they're not new... just new to me. They've been around since 1998, which some in this industry would consider an enternity. Now, they operate a little differently than other distributors. They do acquire, distribute and represent indie film projects, but it looks like they'll also act as a sort of shopping cart for indie filmmakers, meaning... you want us to just wholesale out your film? Fine. You want marketing services? Fine. You want us to take care of the whole thing? Fine. You want more information on how to contact them? Fine. Here's a link to their film submissions page.

Film Baby calls themselves a "haven for independent filmmakers and those that love independent film" and it's more like a self-serve type of deal. As in, there's really no submissions policy. Just get them the film, they'll distribute it and most, if not all, of the marketing and promoting is up to you. Some of the "cool tidbits", as they call it on their site, are: they're non-exclusive, there's a one time fee of $40, they only keep $4 of the sales price of your film and you set the sticker price, they pay you every week and they'll distribute it digitally, if you're interested. You can go here to set up an account and get started.

A little post-script here... go check out our section on indie horror film distributors here... and I know I'm missing a lot. So, if you've distributed your film through a particular distributor that's not on our list, especially if you had a good experience with them, let me know.
Posted by Dead Harvey at 8:30 AM