Interview with Jennifer Berg of the PAGE International Screenwriting Awards 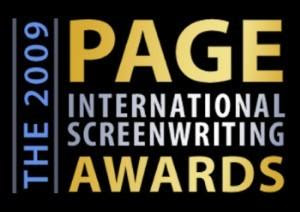 I think there's one thing that we can all agree on and that is, no matter how good your actors are, how good your effects are or how great of an editing program you use, the most important element in the making of a good film is a good script. Also, it's the one part of the filmmaking process where we're all actually on even ground, from Martin Scorsese to Uwe Boll. We all have to sit down, usually on our own, in front of computer screen, usually with a cocktail in hand, and just start typing. Now, as important as having a good screenplay is, for some reason a lot of us don't consider the screenwriting competitions to be that important. Well, hopefully this interview with Jennifer Berg of the PAGE International Screenwriting Awards will open your eyes... if not about the competitions, about the screenwriting process. She offers a lot of good advice on what makes a good screenplay and why you should think about entering the competitions. A very good read and well worth your time, check it out...

Tell us about the PAGE International Screenwriting Awards, when and why did it get started?

The PAGE Awards competition was founded in the fall of 2003 by a group of producers, agents, managers and development execs here in L.A. who were looking for brand new material and new screenwriters to represent. They wanted to establish a brand new, high-quality contest and organize it in such a way that it would be helpful to both the writers and to themselves and their associates. So they set up the PAGE Awards in a unique way -- with separate categories for the different screenplay and teleplay genres.

For the writer, this means your screenplay is only competing with other scripts in the exact same genre category. And the judges can choose which category they want to judge, so they’re only reviewing scripts in the genre they’re most interested in. It’s a real win-win.

Why should up-and-coming screenwriters enter their screenplays?

First and foremost, each year our judges present 31 Awards in our ten different genre categories. This means we’re giving every script serious consideration, and everyone who enters has a very good chance of winning a prize. Also, we’ve substantially increased our prize money for 2009. This year our winning screenwriters will receive over $50,000 in cash and prizes – including a huge new $25,000 Grand Prize!

Most importantly, our judges have developed a reputation for discovering and promoting some of the most talented new screenwriters from across the country and around the world, and many of our winning writers are now building careers in the industry. Which of course it the ultimate goal for everyone who enters.

And lastly, because the PAGE Awards competition is judged entirely by working professionals in the film and television industry, just by entering the contest you’ll be getting your script into the hands of people who can truly help advance your career.

A lot of new screenwriters are apprehensive about submitting their scripts into competitions, as there’s a lot of fear that their idea or concept may get ripped off or they’ll get sold short by entering a competition. What can you say to put their mind at ease?

This is a very good question. Writers hear the Hollywood “horror stories” and they become so afraid to send their script to anyone. I understand. Some of those stories are true, and some writers have indeed been ripped off by unscrupulous agents, producers and screenwriting contests -- which is just criminal.

In fact, one of the reasons the PAGE Awards competition was established was because several of our founders had bad experiences with other contests, and they wanted to run a screenwriting contest with integrity. And I believe we have done that. Our judges all sign non-disclosure agreements before they judge for us, and over the course of these past five years we’ve never had any sort of problem with this issue. Quite the opposite. As a result of entering the PAGE Awards, many of our contestants have optioned or sold their scripts, or they’ve acquired representation. Which is exactly what they’re hoping for!

Tell us about some success stories from the PAGE Awards…

We have a long list of success stories. Here are just a few examples of the kinds of things that are happening for our past winners:

• The 2007 PAGE Gold Prize-winning family film AMELIA EARHART AND THE BOLOGNA RAINBOW HIGHWAY is being produced by Harry Ufland, with Jamie Babbit attached to direct and Marcia Gay Harden to star. Writers Amy Garcia and Cecilia Contreras also have another film in the works, DEAR ELEANOR, for director Garry Marshall. The film will star AnnaSophia Robb and Abigail Breslin.
• The 2008 Silver Prize-winning drama FIREWORKS, by U.K. scribes Hannah Robinson and Jonathan R. Hall, has just been optioned by Concept Entertainment and Hannah has been contracted to direct. Hannah and Jonathan are now represented by Frank Wuliger at the Gersh Agency in L.A.
• The Irish adventure-fantasy script FAIRY CHILD, by 2008 Bronze Prize winner Eoin Rogers, is now in development with Cannon Production, Ireland, and NightSky Films, New York. Eoin has also been hired to write an action flick for director Dave Roddham and he is working on a Celtic fantasy feature for BreakThru Films.
• The supernatural thriller GOD SQUAD, by 2008 Bronze Prize winner Stephen Carter, has been optioned by director Matthiew Klinck (HANK AND MIKE). Stephen has just been signed by Zero Gravity Management.
• 2005 Silver Prize winner Janet Lin is now a staff writer on the FOX TV series “Bones.” Her episode “The Skull in the Sculpture” aired November 5th.
You can read many more stories like this on our website.

People often think of indie movies as smaller, character-driven films that don’t necessarily have much of a plot. But when you’re talking about a genre movie -- like horror -- no matter what, the structure and plotting have to be strong in order for the film to succeed. So in this case I think the main difference is simply budget.

If you’re writing a studio film, you’ll likely have a much larger budget, so you can throw caution to the winds and include as many actors, locations and special effects as you like. If you’re making an indie movie, on the other hand, unless your financier has very deep pockets odds are money’s going to be an issue, so you need to be more careful and more frugal in your choices. You need to find creative ways to achieve the desired impact. This isn’t necessarily a bad thing. Often, as the saying goes, “less is more.”

Since we’re an indie horror site, let’s talk about horror for a bit. What do you think makes a good horror script and/or story?

Well, of course there’s the obvious answer – a riveting plot with a powerful antagonist and plenty of suspense, surprises and scares. But beneath that, as with any movie, you really want to make sure that you create some fascinating characters. People who we’ll relate to and care about, so that as audience members we’ll be invested in their ultimate triumph.

What’s more, if you can create some really interesting, unique characters, you’ll have a much easier time attracting great actors to play those roles, which of course is key to getting your movie made.

Where can people find out more about the PAGE International Screenwriting Awards and submit their screenplays?

Please visit us at Pageawards.com to find out more about our 2009 contest. We’d love the opportunity to read your script!
Posted by Dead Harvey at 9:00 AM

Hey DH,
Any chance you could do a breakdown/preview of the Afterdark Horror Fest - 8 FILMS TO DIE FOR...

We could do that... look for it later this week!