Festivals, movies and things to look forward to... 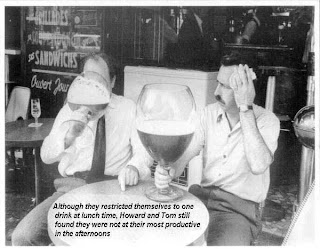 Another Friday... and it's another countdown to cocktail hour. "The Uninvited" comes out this weekend, which is actually the American remake to the 2003 Korean film, "A Tale of Two Sisters", if you're interested... which was a great film. However, I'm not sure that'll get me to the theaters. I'll be honest, I'm on a countdown to "Friday the 13th" right now. Trailer looks great, anticipation is running high. I hope it doesn't let me down... much like every other Platinum Dunes remake released to date. I've got lots of indie shit to get through, anyhow, so I can wait two weeks to get to the theaters. Regardless, it's Friday and I'm anxious to try and find the solution to all of life's problems at the bottom of some bottle tonight... and I do know it's down there somewhere, just gotta keep looking. However, before I get to that, here's some things to look forward to!

February 6 - 8 is the New York Comic Con and, if you haven't figured it out yet, these conventions are for more than just comics. Sure, there's lots of comics there... and lots of nerds, but there's lots of movie and TV panels, as well as screenings and autographs, etc. Horror is tightly knit with this scene, so they tend to be great places to network and meet like minded people... and I can only imagine that the New York Comic Con gets more than a handful of people attending. If you live in, or around The City, go check it out. If not for the horror movies, for the nerds.

Now, if you're anywhere near North Carolina, you're going to have to attend the Nevermore Film Festival, which takes place this Feb 20 - 22 in Durham. They're a good group of guys, they put on a great festival and they've got a wicked list of films this year, a few of which I've seen. You'll want to make sure you check out "Alien Raiders", "Eel Girl" and "Reel Zombies" for sure.

Lastly, I just read a great little article called "In Praise of Low Budget Films" by Elliot Grove. Now, he's really just trying to push Raindance, a film festival that he founded, but there's a lot to read about in there, such as stuff on elements of a press kit, how to write a film on a minimal budget and script format. A good, short read.

Now, turn that sand timer over... just a few hours until the weekend!
Posted by Dead Harvey at 9:00 AM