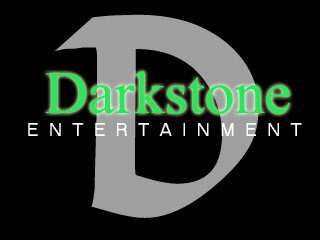 When I chuck in an indie or micro-cinema film and lay back on the couch, I have to say that I can get shocked at how some people can do so much with so little. It takes some serious chops to take a meagre budget, a DV cam and a PC, then come up with something that's watchable... let alone entertaining. Couple that with the fact even if you do make something that's entertaining, the cards are stacked against you because most video stores, consumers and filmgoers will just lump you in the 'low budget' category and fluff you off. I'd say it's a tough way to make a living, but it's just tough to get one indie film off the ground and break even on it, let alone make some sort of career out of it. That's why I have utmost respect for those people who've made multiple indie films... I can't imagine the perseverance and dedication they must have, let alone the support and encouragement they must get from their friends and family. Now, not only has Johnny Johnson made multiple films, he's made 6 and is in pre-production on 3 more... and that's all in the span of around 6 or 7 years.

Johny Johnson founded Darkstone Entertainment with his childhood friends back in 1993 and he was born in 1979, so easy math will tell you that he was around 14 at the time. He's stuck with it, persevered and has morphed it into Darkstone Entertainment LLC, based out of Charlottesville, VA and they've produced 9 feature films to date. So, when you're talking about guys that have dedication, he fits the bill. We had the opportunity to check out a couple of his films, "Darken" and "The Jester", and Brad had the opportunity to discuss them with him...

Describe your background and what made you want to get into filmmaking.

I made my first flick when I was 8 years old. Then when I was 13 I thought I'd really get into it. Making a film every weekend for the next two years. Learning from my mistakes and moving on. Using my friends as guinea pigs. "What Sucks?" "John... Everything..." "Hmmm. Guess I'll make another one." Then to figure out what genre of film I wanted to make I went to a local video store and the man gave me a deal since I told him... "I'm going to rent 2,000 of your movies!" I watched one from every genre till I found the one I like. Not sure how or why I wanted to be a filmmaker though. Just born with it. I popped out of my mom and the nurse cut my cord, looked at my big green eyes and I said... ACTION!

What films/filmmakers have inspired you the most and why?

These films I can put in at any time and remember why I picked up a camera to begin with. The true fantasy elements and very powerful choices in filmmaking make me all teary eyed.

Nope. Just the summer of 2,000 movies. Then a trial and error period of filmmaking.

Hmmm. I'm not sure I'd be the best to describe this, but I try to keep everyone involved in the process. We are all creating the film together. Every idea I have ever had can be made better with another brain.

What elements do you believe combine to make a great movie?

With those three things the story line can be about sheep crossing the road, but if you can feel it in the music, believe the words the actors are saying, and not get bored with the pace, it can be the greatest movie of all time.

What were the biggest challenges you faced in making, "Darken" and "The Jester"?

Darken was tough because I did not have a strong crew. Each one had many a problem in their lives and for the most part I felt they didn't want to be there.

The Jester was the heat. I usually shoot in very cold weather, in which you can hear the cries from my crew. But this movie was shot in the summer and man I melted.

But both obviously they were hurt by the budget. Not having enough money to get some viewers into the films was the biggest weakness for the flicks.

Where did the ideas for, "Darken" and "The Jester" originate?

The story line for Darken came when I was driving by a large field and pictured how I would like to die on a sunny day, alone, thinking of my life, under a big tree. Then of course THE LAST UNICORN helped.

The Jester came from my love of fairy tales. The Grimm Fairy tales that had always been dumbed down for children used to terrify me and keep me day dreaming of them all my life. Also, challenging myself to make a film that is a little bit more basic horror. Franchise killer and such.

What budgets do you typically work with and how do you attain financing?

Independent Investors. By the by, those looking to invest can email darkdealings@darkstone-ent.com. We are still excepting on Plan 9 and The Dark Tower.

Film festivals: yes or no?

No. For Genre films a festival is kinda useless. They are more based on the independent film market. So we stick to conventions. That has the audience we want to be a part of the films.

Any advice for upcoming filmmakers on how to get their projects out there and distributed once they're finished?

Don't let anyone tell you "No." Pick up a camera and roll. You will owe money to everyone you know and lose all that is left of your pride, but when you see your flick on the big screen, then and only then... Can you sleep.
Posted by Dead Harvey at 9:00 AM