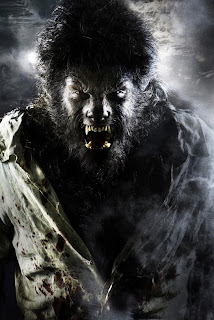 Interesting weekend at the box office... and, by that, I mean that it was interestingly terrible. "Shrek" won it again, but only by default. "Sex and the City 2" and "Prince of Persia: The Sands of Time" both underperformed. "Sex and the City 2" was closer to expected, I guess... it just attracted NO males, unlike the first one... and I'm serious. Warner Bros. did an exit poll and they estimated that 90% of the audience was female. I'm assuming that, over time, "Sex and the City 2" will be a moderate success and possibly lead to another one. However, "Prince of Persia" really missed the mark. Disney sort of just called this one in, assuming it would be a hit. The parts were there; Brukheimer, decent title, swashbuckling, fantasy and a big marketing budget, but it didn't cut it. The marketing was a bit poor, to be honest, it wasn't really intriguing and Gyllenhaal may have been a bit miscast here. Who knows. Did anyone see it? If so, how was it? Speaking of missing the mark, "MacGruber" tumbled 63% and that's tough to do, considering how little it made last weekend... it's well on its way to becoming SNL's lowest-grossing film of all time. So, not much to talk about there. Anyhow, on to the home entertainment market. Let's take a look at the horror that's coming out on DVD this week. As usual, you can check out our Youtube Page and see the trailers OR you can click on the titles to go to their Amazon Page, where you can read more and/or buy the film.

We've all known about "The Wolfman

Go figure... I had NO clue that Steve Guttenberg was still working. Now, here he pops up in the horror/comedy, "Cornered

". Now, a lot of you are going to have problems with this film. Why? Because it's a horror/COMEDY and the cover art is a little misleading. Actually, the trailer is a bit misleading, too. There's far more comedy in the film than they lead on and I think they should show that. Like, your film IS what your film IS, advertise and market it appropriately. Anyhow, it did win a few awards and is getting some good reviews. So, check it out.

This is actually a rerelease of Chad Ferrin's "Easter Bunny, Kill! Kill!

", but it's worth talking about. His latest film, "Someone's Knocking at the Door", just came out last week, so I'm assuming that's why this is coming out this week. It's a low-budget slasher that's coming from a Troma-vet, so you know what you're in for. A good, twisted romp about a bunny-masked killer.

". You can get them separately OR as double-pack

. Not only that, they're at a great price. $6.99 for the individual films or $9.99 for both. "Disaster Zone" has Michael Ironside in it and it's about, well... a volcano under New York. Turns out that some geo-thermal experiments triggered volcanic activity and now, lava, ash and earthquakes in New York. "Absolute Zero" is about an equally unlikely natural disaster, the Ice Age hitting Miami. The temperature is plummeting to absolute zero... or -459.67 degrees and Jeff Fahey and Erika Eleniak and a few other hopeful survivors head to a special chamber in Jeff Fahey's lab.

There's a whole bunch of new Blu-ray versions of old films coming out, including the classic Troma film, "Class of Nuke 'Em High

There's also a mountain of rereleases a double-packs coming out, including "Village of the Damned

". I shouldn't have to explain any of those films, you should know them... if not, click on them and go to their Amazon Page.
Posted by Dead Harvey at 10:35 AM

Yes, I want to see Miami experience a new ice age! The trailer for that one is funny. -Mike

http://landvoicelearning.com/#63987 tramadol hcl vs tramadol - tramadol for purchase no prescription

In case you�re having issues locating the powdered coloring, you will find them
about tattoo-supply internet sites. Besides, bottle
oz also determines how big the bottle is; your baby would
have a hard time holding a baby bottle with a large capacity for milk.
Low levels of BPA have been found to be more dangerous than high levels of BPA in
one study.