Freddy Wins The Weekend & The Upcoming Week in Horror DVD's 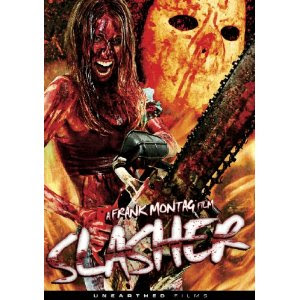 Okay, I'll try to get everything back on track this week... and what better way to do that than by looking at the weekend box office? And it's a weekend where horror ruled. Yup, that's right, the reboot of "A Nightmare on Elm Street" won the weekend by a big margin. Actually, a big, big margin - sorry, "Furry Vengeance". In fact, it's a personal best for old Krueger, it out-grossed the entire runs of the first, second, fifth and seventh films, but that's not in terms of ticket sales. All in all, a good outing financially. Having said that, reviews were somewhat mixed... a lot of negative reviews came from the older camp. That camp, of course, would be the people that grew up on Freddy and loved Robert Englund... my camp. And, really, we're going to be tough to win over. I have a massive Freddy bust on my desk, as well as a couple of framed Freddy pictures. You're going to have a tough time convincing me that Robert Englund isn't Freddy, but the younger demographic barely knows Englund. So, how many young people went to "Nightmare"? A lot. 60% of the audience was 24 years old or younger. 40% were 18 - 24. The original "Nightmare on Elm Street" is currently 26 years old, so... yeah. Do the math - no allegiance to Englund from a lot of that group. In any case, it's good to see horror back on top. Now, let's take a look at the horror that's coming out on DVD this week. As usual, you can go to our Youtube Page to see the trailers or click on the titles and go to the films Amazon page, where you can read more about it and/or buy it.

" looks to be a very ambitious micro-budget film, filled with vampires, lesbian goth girls, gore and sex and it just shot to the top of my 'to see' list this week. If you're into the indie horror scene, watch the trailer and just try not to want to watch this. Some micro-budget filmmakers bite off more than they can chew and their film suffers due to it... and some get ambitious and pull it off. This looks to be the latter.

The trailer doesn't really do the film much justice... in fact, I'd go as far as saying that the trailer sucks ass, but "Dark Nature

" did become a big underground hit in the UK last year. It's a dark comedy with some shock and blood and that's really what UK filmmakers excel at, so how bad could it be?

I have to credit "Mother's Day Massacre

" with one thing - anchoring the film to a holiday. Tying your film to a holiday or specific date makes your film way more marketable. I mean, "Friday the 13th", "Silent Night, Deadly Night", "Halloween", "Prom Night", "My Bloody Valentine", the list goes on... working a holiday or a known date or time into the DNA of your film gives it a selling point. On top of that, the film looks great. Filled with "semi-retarded hillbillies who have a taste for DIY circumcisions and Peterbilt trucks". I heart hillbilly horror.

There is a definite rise in films that justify the first person camera. I think that's the right way to describe these films. You know, "Blair Witch", "Paranormal Activity", etc... "Meadowoods

" throws its hat in the ring and, man alive, do they have a great idea here. It's about three college students that decide to keep a video journal to memorialize a savage and merciless murder that they're plotting... you know, because they're bored and want to do something that leaves a mark. I love the idea, great work.

" is a German film and the trailer that I found doesn't have subtitles, but I'm assuming that film will... and, quite frankly, you don't need the subtitles to figure out what the films about. A group of college kids head up for a relaxing weekend in the woods, when... right, the film is called "Slasher". To work this plot, you gotta be over the top, as the story is tired. However, the last 15 seconds of the trailer really piqued my interest. Could be worth checking out.

Someone can correct me if I'm wrong, but I believe that "Gatekeeper: Unlock Your Worst Fears

" is, in fact, an 8 minute short film. I found a trailer and it looks awesome, but do they really think that people will pay $18 for a short? Wouldn't they be better off just trying to sell it through iTunes for a few bucks or something? I could be missing something here and I'd love to hear the rationale behind this, but... there you go. Either way, the film looks great and I'd love to check it out. Not sure I'd pay $18, though.
Posted by Dead Harvey at 9:43 AM

Okay...Went in expecting the new Nightmare to suck, left thinking it was fairly awesome. I'm old school, and it really surprised me...even more so since it was a Michael Bay product.

Believe I truly liked this better than any of the original films.