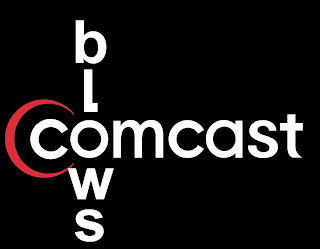 I'm not sure if you follow what the cable companies and major distributors get up to, business-wise, but there were a couple of big announcements over the last week or so. One was that Comcast is teaming up with Time Warner to beef up its "TV Anywhere Model" and the other was that Amazon bought up Zappos. I just wanted to take a quick look at both deals and give some thoughts on what they may, or may not, mean to indie film.

I know that a lot of people hate Comcast, but I really like what they're doing here. Here's a link to the press release on the Comcast / Time Warner deal, by the way. The cool thing is it means that Comcast is admitting that there's this thing called the Internet, that a lot of people are using this Internet thing to watch content and that Comcast now wants to be in that space. The other thing that's cool about it is the fact that it's really a new take on the whole online TV viewing experience. I mean, up until now, the most popular online sites for viewing content were free (Hulu, Fancast, YouTube...) Now, they're adding it as part of their package and I'm assuming that they'd offer it up as it's own thing down the road. In any case, I think it's good for makers of indie content, as we all know there's more room for success in online distribution. Further, if this model works, maybe they'll have exclusive online channels that distribute indie and alternative content... who knows? What I do know is that we should like experiments like this... especially if they work.

Here's a link to the open letter that the CEO of Zappos put out, where he announces the sale of Zappos to Amazon. I know what you're thinking, why the F do I care about Zappos, an online clothing retailer? Well, quite frankly, I don't. I've never bought anything off Zappos. However, I've bought lots of shit off Amazon. It's interesting because Amazon has a wicked long-term view of who they are and who they're going to become and they're a key player in the indie-film world, as they sell a LOT of indie film. In fact, they may sell more indie DVD's than anyone and that's not to mention that they own a LOT of the sites that you use, such as imdb, withoutabox and createspace... so, I found the Zappos deal interesting because of what it means for Amazon... and that's a bigger footprint. I know it sounds counter intuitive and strange to root for a big corporate company like Amazon to take over a big online clothing retailer, when we're little indie filmmakers, but sometimes what's good for the goose is good for the gander and I think this is one of those cases. What if you're a Zappos shopper that's never used Amazon? What if you're a Zappos shopper that's never used Amazon and likes indie film? Amazon is widening their reach with this, which means that, technically, there's more potential buyers for the indie film that you're selling on Amazon, right? That's what we all want, isn't it? More reach, more potential buyers and a bigger audience. Am I wrong?
Posted by Dead Harvey at 8:20 AM