Terminator Salvation Finally Hits The Theaters, Revenge Of The Nerds and more... 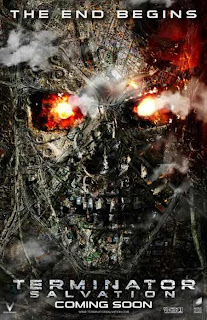 It's not summer yet, technically... however, I feel like we're getting deep into the Summer tent-pole movies already. We've already seen "Star Trek", "Wolverine" and "Angels and Demons", but now comes the film that I, personally, have been waiting for - "Terminator Salvation". It's going head to head with "Night At The Museum 2" and as far as audiences are concerned, I don't think there's too much overlap. I'm just prepping myself for the fact that Ben Stiller could beat out John Connor, but it would only be due to the fact that "Night At The Museum 2" is a kids movie... Anyhow, I think a lot of horror fans of my generation credit the original Terminator as a major influence, although it's not really a horror. It was definitely unlike anything I had ever seen at the time and it didn't hold back on the violence... it WAS rated R. If I remember correctly, I first saw Terminator around 1986, two years after its theatrical release. I was in 6th grade and, at the time, I do remember longing for another Terminator film that took place entirely in the future. Well, a great number of years later, they followed it up with "T2" and, later still, "Terminator 3: Rise of the Machines", which, for the record, I thought was very underrated. Finally, now, my wishes come to fruition. I finally get the film that takes place entirely in the future... and, depending on how well it does at the box office, I should be getting a couple more. McG directs and I think it's a bit of an odd choice, considering he's best known for making "Charlie's Angels" and "Charlie's Angels: Full Throttle", however people seem to think he did alright here. The budget was around $200Million and I think it's definitely going to be worth checking out... it'll drag me out to the theaters.

Now, on to some festival shit...

I just noticed that the Arizona Underground Film Festival is now open for submissions... and I'm not sure if we've covered them before. I'm losing track and haven't updated my festivals page in a while. I've been busier than a two-peckered gopher (as my old football coach used to say) and I really need a day to just clean everything up, but I digress. The Arizona Underground Film Fest is a fest that showcases the work of filmmakers with defiantly independent visions and they want to represent every genre of film from across the world... which is a bold goal. It's not that much to enter, early bird deadline (June 20) is only $20. I think these festivals are great to enter, especially as a networking opportunity. On top of that, you stand a far better chance of getting accepted... 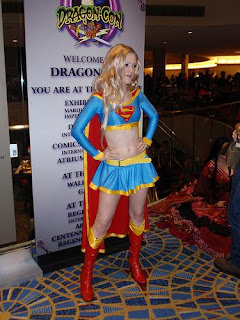 Next, one of our favorite nerd fests of the year has a deadline coming up, as well. May 25 is the regular deadline for Dragon*Con Independent Short Film Fest. Dragon*Con is the largest multi-media, pop culture convention focusing on sci-fi and fantasy, gaming, comics, literature, art, music and film in the U.S. Yeah, it's one of those ones where nerds dress up as their favorite characters and nerdy girls, usually not known for gearing down, get all sexed up in Princess Leia outfits. Seriously, I put that pic to the left in as a sample, but click here and go to any of those fan photo galleries. Crazy shit. Anyhow, the whole thing takes place at the end of the summer in Atlanta, Georgia and attracts over 35,000 people. Their film festival, which you can find out more about here, showcases short films across all genres of the imagination. Really, if you get accepted here, you gotta go. Even if you don't submit a film, you should go. I'll dress up as 'Creepy the Clown'.

Lastly, let's look at a screenwriting festival. Like I've said many a time, the screenwriting festivals are a bit of a tough one. Some are sketchy, others really are trying, but can fall short and there are a few that are the real deal and those are the ones that are wicked opportunities for up and coming screenwriters. I gotta say, though, I think half the reason that people don't trust screenwriting festivals is because they pick the shittiest names. Script PIMP? Seriously? I know it stands for Pipeline Into Motion Pictures, but... come on. And this one's not much better, ScriptShark Insider. Scary. Also, it doesn't help that their website is down at the time I type this... However, it is legitimate and it is one of the ones that you should be entering. If you're interested, they also do screenwriting evaluation, coverage and submission services. For the contest, there are cash prizes, plus the winner gets a trip for two to L.A. to take a few meetings with industry professionals and gets a private pitch-honing session. If you've got a script ready to go... or about to go, June 1st is their late deadline.

That's all I've got for this week, have a great weekend!
Posted by Dead Harvey at 9:00 AM