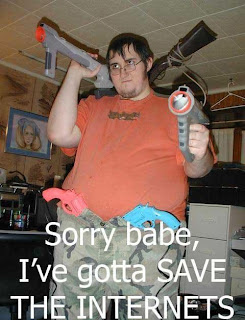 Well, it's the day of the week where I link to some interesting articles and tidbits that I found out there on the web. Stuff that I think you, as an indie filmmaker, may find useful or interesting. Information you can use. Food for thought. Stuff that makes you go.... hmmmmm. Right, well. Where was I?

I tend to talk a lot about how we indie filmmakers need to think of our films and projects as 'content', as opposed to 'films'. Usually, I just talk about theory, statistics and things like that, rarely do I offer up anything that's terribly useful. I'd like to shift your attention to a company called Freewheel.tv. Now, once again, I'm not sure how useful they'll be to you, specifically, but it's interesting to know that they exist. Their tagline, if you can call it a tagline, is "Video Everywhere. Ad Revenue Anywhere. FreeWheel is here." Here's what you need to know... There's two ways for your content to make money. One, the viewer pays for it. Two, it's ad supported. I, personally, believe that most things are going to head towards the ad supported model and that's where a company like FreeWheel.tv comes in. Your specialty may be production, but you're going to have to get into things like analytics and metrics - who's watching, where are they watching, what are they watching it on, when are they watching it and all that. At absolute worst, you'll need to know what all this means. You see, you're selling space to marketers and advertisers and they work on things like CPM (costs per thousand), impressions and frequency. CPM is how much it costs them to reach 1,000 people, impressions are how many times their ad was seen and frequency is how many times their ad is played... You're going to need to know stuff like that and, if you do and the numbers are good, you have something to sell. FreeWheel.tv will help control, manage, optimize, forecast, adapt, simplify and standardize your content. If you're getting viewers, they'll help you get the metrics and information to help sell it, then monetize it. It's a whole other side of the business, but it's one you should know, as it's one that can make you money.

Now, I just read "'Saw' helmer to revisit Troma hit" on THR.com, which you can find here, and it got me thinking... So, Darren Lynn Bousman, one of the brains behind "Saw", not to mention the recent "Repo! The Genetic Opera", is interested in remaking... or should I say, reinvisioning... Charles Kaufman's "Mother's Day". Before I talk about what I was thinking, a bit about the original - it came out in 1980 and it's directed by Charles Kaufman, the brother of Lloyd (not the screenwriter), and it was distributed by Troma. It's basically a hillbilly horror, where a couple of good ole' boys rape and kill to impress their mentally deranged mother. The only reason the film got any recognition was because it depicted scenes of violence and rape, so it was labelled as an extreme exploitation film. Otherwise, it wasn't particularly successful. It was released on DVD in 2000 and has gained a bit of a cult following since then. Now, to be honest, I'm a little baffled by this one... when you remake "Friday the 13th" or "Nightmare on Elm Street", you get the title, that built in audience and the characters. With "Mother's Day", not only are you not getting any of that, it's not like the plot is terribly unique. I mean, why not just create your own hillbilly horror, based around the idea of a couple of mutant boys trying to impress their deranged mother? Having said that, I don't know how these deals are structured. Maybe Lloyd said, "Go ahead, use the name and borrow from the script as much as you want. Just mention that it's a Troma film and that it's a remake." If so, this could be a smart idea for Llyod and Troma, he's basically giving away a fairly dead title in exchange for a bit of press and advertising. Who knows? If that's the case, good on Lloyd. Actually, either way, good on Lloyd. Hopefully Bousman made a good deal...

Lastly, as you probably know, I'm a big fan of reading about and listening to what the big players have to say... I think it's good to be the small, indie guy, as you can change directions quicker and take bigger risks, but you should always hear what the whales have to say, as they're the ones pushing the money around. If money's what you're after, you better know where it's heading. This is an interview with Barry Diller, who's the Chairman and CEO of IAC/InterActiveCorp and the guy responsible for the creation of Fox Broadcasting and USA Broadcasting. You can find the interview here and it's not that long... what's really interesting is his thoughts on net neutrality, the future of TV and video on the web. Check it out!
Posted by Dead Harvey at 9:30 AM