The Future Of Film... Again AND Filmgo, An Online Film Fest 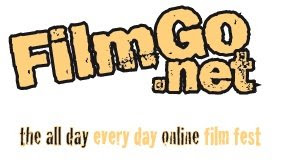 I was just listening to an interview about the demise of the music industry and how piracy and digital distribution killed the cash cow that was the CD. They briefly touched on it, but the film industry was the exact same way with DVD's, just a few years later. Basically, everyone fears change. EVERYONE. Anyhow... near the end of the interview, they starting drawing parallels to the film industry and saying how film is a few years behind music and, they concluded, that the film industry should weather the digital storm better due to the fact that they've seen what happened to the music industry. So, the future isn't bleak, but then they got in a bit of an argument.

It went something like this... one guy said that digital distribution devalues the product and that's going to hurt the music labels. For example, one CD is worth, for easy math, $20 and there's 10 songs on it. So, each song is worth $2. Now, iTunes sells songs for $.99. Therefore, the value of a song has been cut in half. The other guy said, that's true... however, that's not the end of the world. It should drive artists to create better music and some artists will become singles artists, while others will become album artists and, in the end, it should streamline the industry. There was lots more to it, but that was the gist. Now there was something that they didn't touch on, which I think is pertinent to both the music industry and the film industry alike and it's related to that shifting price point.

I'm going to switch this all over to film now... so, let's say that digital distribution has devalued film, as a whole, also. A DVD used to sell for $15, but now a film will sell for $5 online. Filmmakers just lost two thirds of their money... or did they? First off, you have to realize that distributing digitally has virtually no cost of distribution. No DVD, no burning the DVD, no packaging, no shipping, no warehousing, etc. So, there's a lot of money saved there. That's one side of it. The other side is, how many people would buy a film for $5, but not for $15? It would have to be more. Let's get down to straight supply and demand. In a digital world, your supply is limitless and your cost to distribute 100 films versus, say, 100,000 films, is next to nothing. However, the lower you drop your price, they more demand you'll have. People look at $4.99 a lot different than $19.99. You see, some people like to hoard films, but most people don't. Most people watch them once, then never watch them again. How many DVD's do you have sitting around that never get watched? If you're like me, hundreds... So, in my mind, if you used the price point that's used for RENTING a film, you'd get more people BUYING. That's, what? $5 - $8? So, SELL your film for that much, digitally, and you'll attract more buyers. Now, if you could get three people to buy your film for $5, at NO cost of distribution, you'd be generating more revenue than if you sold your DVD for $15 to one person. Make sense?

This is why I think the future looks bright. They talk about digital pennies, but they add up. It's just that films with budgets of $100Million+ probably won't work on this model. Having said that, films with more modest budgets will AND, with the price point dropping and the acceptance of digital distribution increasing, the audience has to increase. I've been talking to more and more filmmakers who are distributing their films online, through places like indieflix.com and filmbaby.com, and they're making money. It's not one fat check, it's a lot of small cheques... but, like I said, those checks add up. We're near the beginning, shifting slowly towards the middle of this acceptance of digital distribution. As we shift through, the audience will grow and as the audience grows, so will the revenue. We just need to tweak the revenue generation model. Is it subscription based, is it advertising based, is it per content based, a mix of all that? Who knows? The change is on... and now we're even starting to see film festivals that are using the digital distribution format. That's why I wanted to talk about Filmgo.net this week. It's a festival that's 100% online and they're open for submissions now.

Filmgo.net was launched by 545 Productions after organizers witnessed the work of too many talented filmmakers go unseen and undistributed. The entire festival takes place online and FilmGo allows distributors, producers, reps, and film fans alike the opportunity to discover independent films beyond the confines of the traditional festival circuit. Viewers can "attend" the festival, 24/7 from anywhere. With this simple but striking model, FilmGo has become an online destination for new indies, all the while supporting emerging filmmakers in the process.

Unfortunately, if you want to enter it, you better have something ready. The late, late deadline is a week away, on June 5th. Check it out, it's a great idea, and, really, this is where we're heading.

That's all I've got for this week... have a great weekend, see you on Monday!
Posted by Dead Harvey at 9:00 AM