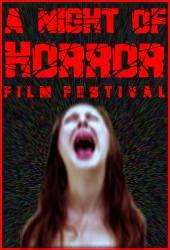 More updates from the world of indie horror film festivals...

Australia's biggest genre festival, A Night of Horror International Film Festival, would like you to know that the earlybird deadline for entries is August 1, 2008 (postmarked). ...and if you'd like me to do the math for you, that's less than a week away. If you don't get your film in by then, you're just going to have to pay full price. They're calling for: features, shorts, music videos, H.P. Lovecraft films and, of course, screenplays. If you do have a finished screenplay to submit, check this out... A representative from Lionsgate, the world's leading distributor of horror cinema, will be reading the festival's three finalist feature length screenplays. So, it's a good opportunity to have your script recommended to the industry. Also, there are categories for both feature length and short screenplays.

For more details visit their site here or enter online at http://www.withoutabox.com/.

This isn't really a festival, but it is a pretty cool deal that you can submit your film to... Universal Studios Hollywood is inviting filmmakers to imagine "Where Nightmares Come Alive" for a short film competition that will invade the Entertainment Capital of L.A. Selected films will be judged based on suspense, relevance to theme and overall chill factor. People will then go to their site, which is just below this paragraph, and vote for their favorite of the top 10 selected film shorts. Entry deadline is September 3, 2008 and the winning film will be announced on September 25. Further, the winner will be invited to come to the Halloween Horror Nights opening night "Eyegore Awards" ceremony in the company of celebrities, studio executives and media. The winner will also receive four tickets to Halloween Horror Nights and $1,000.

For more details visit their site here.
Posted by Dead Harvey at 11:00 PM