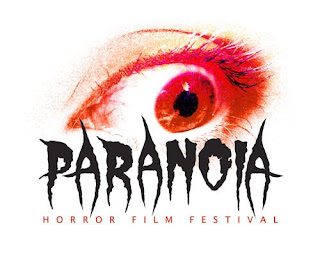 I have been aboard the RMS Queen Mary. It's true. I've also seen the Spruce Goose, which is housed next to it at Long Beach. They're tourist attractions now. However, before the Queen Mary was retired in 1967, it was used as a cruise ship, then to transport troops during World War II and then back to being a cruise ship. And now, like I said, there's kids running around it, line ups, cotton candy, things like that... What most of those fat little kids don't know is that ghosts have been reported on board, but only after it docked in California. You see, in 1966, an 18 year old fireman was crushed by a watertight door in the engine room and his ghost is said to haunt the ship. In fact, because of all that, the Queen Mary operates daily paranormal themed tours, some of which have theatrics and effects. There's a haunted maze and they do some other stuff on Halloween. If you remember, the X-Files also did an episode on the ship, although it wasn't about The Queen Mary, it was about the Bermuda Triangle and the ship stood in for a WWII-era vessel. So, why am I bringing this all up? Well, because The Queen Mary will be hosting the first annual Paranoia Horror and Sci-Fi Convention and Film Festival this March 13th - 15th.

The Paranoia Horror and Sci-Fi Convention and Film Festival or "Paranoia", as they'd like to be coined, is vying to be the world's largest Horror Convention & Film Festival and they'd like to find the next great thing in horror each and every year. So, they're doing a judged festival and will be accepting submissions for feature-length films, short films, videos, trailers and screenplays. You have until February 14th to get your submission in and you can find more information on submitting by going to their site and clicking on the submissions page. By the way, the site is a little tough to navigate... that is, until you figure out that all the candles are the different tabs. You might figure that out right away, but it took me a few minutes. They'll be giving out awards for Best short film, best director, best actor, best actress, best scream, scariest scene, best sfx, best screenplay, best trailer and an audience award.

On top of the films, they will also present midnight showings of classic horror movies in the boiler room, along with a themed "Dinner of the Dead". I'm also assuming that there's some sort of convention aspect, but I can't guarantee that, as there's a candle to go to sponsorship opportunities, but it hasn't been updated, so there's no mention of tables or anything like that. Having said that, the world "convention" IS in the title, so there's gotta be something going on.

As for details, just to reiterate, it's the Paranoia Horror Film Festival and it's from March 13th - 15th. Their website is Paranoiafest.com and it's held aboard The Queen Mary in Long Beach, California.

That's all we got for this week... I think we'll throw a post up on Monday about all the horror DVD's coming out, then shut down for the week for Christmas. You never know, though... we could get all aled and feel compelled to write something.
Posted by Dead Harvey at 9:00 AM