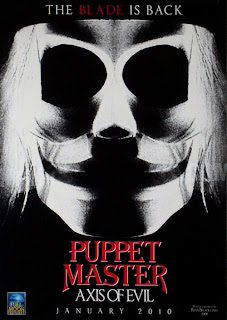 I wasn't really surprised that "Inception" won the weekend at the box office again... The film is good, it's got great buzz and star power. It took in over $43Million over the weekend, bringing its domestic take to over $143Million. What DID surprise me was how well "Salt" did. Quite frankly, I believe that the days of stars carrying films are over and I think we're now in, what I would call, the concept era. Stars can still carry films, but the film better be well put together and/or have a great concept. "Inception" is a great concept from a great filmmaker AND it has star power. "Salt" has a massive star, but the concept is kinda tired. Female lead, a spy action-thriller... your traditional summer film. Does this still fly? I mean, really? Well, it opened strong, very strong. Over $36Million strong. Maybe there is still a bit of gas left in those stars' tanks. Who knows? Anyhow, this Friday is a bit lame... "Cats & Dogs: Revenge of Kitty Galore", "Charlie St. Cloud" and "Dinner for Schmucks". So, let's look at the new horror that's coming out on DVD this week. As usual, you can go to our Youtube Page to see the trailers and you can click on the titles and be taken to the films Amazon page, where you can read more and/or buy it.

It must be retro-week or something. I feel like almost every new release this week has some tie to my personal film-loving history. First up, the "legends of horror have returned". Now, that's not a quote from anybody. That's from the box art. I'd have a tough time referring to Pinhead, Six Shooter and Tunneler as legends, but they are back in Full Moon's "Puppet Master Axis Of Evil

". This is the 9th film in the series and it's been a long while since the 8th. Charles Band, you wicked genius... damn, I love the Puppet Master series.

" a few times, most notably when we interviewed the curator/producer of the film, Mike Schneider. You can find that interview by clicking here. It's released by friends of Dead Harvey, Wild Eye Releasing, and it's a great film. Any fan of the original should have this in their collection, for sure.

I didn't know that they still made films like "Death Kappa

", but I'm damned glad they do. Did you ever check out the early Godzilla and Mothra type films out of Hong Kong when you were a kid? You know, where it was just dudes in costumes leveling a model city? I loved them... and apparently they're still making them because that's exactly what "Death Kappa" is. I've got two thoughts on this. One, as I said, I'm glad they're still making these. They're great fun. Two, I still think we're in need of more monster movies. We flirted with them around the time that "Cloverfield" and "The Host" came out, but that was it. I think monster movies could explode. Writers... it's a call out to you. We need to be writing monster movies.

", which is based on H.P. Lovecraft's "Haunter of the Dark", was a horror festival darling. It won best adaptation at the H.P. Lovecraft Film Fest and best screenplay and best actor at the Chicago Horror Film Fest, plus it screened at tons of others.

The Wishmaster himself, Andrew Divoff, and Tom Savini star in "The Dead Matter

", from director Edward Douglas and the producer of "From Dusk Till Dawn". With that title and those actors, I assumed that it would be a bit an entertaining, gore-comedy film, but the trailer looks quite serious. I haven't seen it, but I'll have to check it out.

Tim Thomerson, Mark Foree and Tiffany Shepis all show up in "Live Evil

", a low-budget horror from co-writer and director, Jay Woelfel. There's two storylines taking place in the film, one follows a car full of vampire buddies road-tripping to Hollywood and the other follows a sword-wielding, vampire hunting priest (Thomerson) who's looking to care of some unfinished business. Expect a lot of blood, boobs and vampires. Sold!
Posted by Dead Harvey at 10:11 AM