Our Changing Industry - Something for Indie Filmmakers to Consider 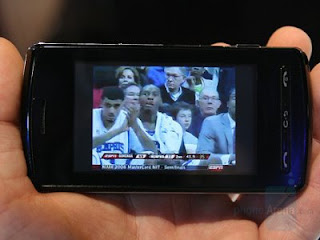 I was just reading a white paper on something unrelated to indie horror, but it had some pretty startling stats on video content. Now, we all know we're living in a pivotal time in media consumption, but what we don't really know is where it's pivoting to. This white paper got me thinking and maybe some of these stats can light the way and show us something... I'll extract some of the highlights for you.

Overall viewership of traditional television networks, meaning ABC, NBC, FOX, CBS, etc... is down, although there's a 1% overall increase in television viewing. So, that means that people are watching far more cable and specialty programming. Also, time shifted television content via DVR's increased 26% and the consumption of video content via the internet increased by 24%. Now, here's the shocking stat, the consumption of video content via mobile technologies is increasing at a TRIPLE digit rate. According to Youtube, mobile viewership increased 160% from 2008 to 2009. Consider all this and know that, although theatrical revenues are up, theatrical attendance has been flat or declined every year for the last decade...

So, what's all this mean? Well, a lot... and there's a lot of reasons why this is happening. The main reason is, ten or twenty years ago, you, as a viewer, didn't have much choice. You had a handful of TV channels to choose from and they usually just aired your usual TV programming. If you wanted a movie, you went to the theater or you went to Blockbuster to rent one. Video on the internet? What's that? Fast forward to today... you have choice, a lot of it. You can choose what you watch, when you watch it and where you watch it. This creates a fragmented marketplace. There's hundreds of channels to choose from and they air everything from movies on demand to specialty networks to regular programming. Movies are available everywhere and in so many different formats via so many different ways, it's insane - on your phone, on your computer, on your tablet... and then there's there internet, it changed everything. Content doesn't fit a certain mould anymore, it's anything and it's delivered anywhere. The viewer gets to choose now. Not the networks. Not the studios. Not the theater chains. The viewer has the power and when the viewer has the power, things change. So, what's this mean for content creators?

When I say 'content creator', I mean you. We're no longer filmmakers. We're content makers... and our content will be distributed on everything from big screens to handheld mobile devices. Our content won't be defined by time. No more 90 minute features, 22 minute episodic TV. It can be anything and it can be any length. Personally, I think that, for the first time in the history of entertainment, talent will define success. If you make content that people will watch, they'll watch. It's easy to get it out there. Attract enough of an audience and you'll get sponsors, you'll get advertisers, you'll get people to pay and the networks, studios and executives will take notice. It's a revolutionary time and I think we're in the midst of massive change... but that's just me.