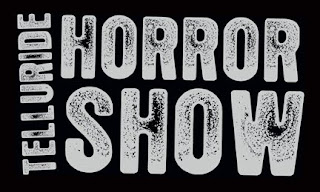 As it stands, when you're done your film, you have but only a few options. Three, really... well, maybe four. You can try to get a distributor out of the gate, you can self-distribute or you can submit to the festivals. Online was going to be my fourth, but it's more of a tool to be used in conjunction with the other three options, but as VOD and online fests become more of a reality, that may change. Anyhow... If you don't have an existing relationship with a distributor, that route can be more than just a little tough. Lots of emails, lots of calls, lots of packages being sent out. I'm tired just thinking about it. Self-distribution is also a long and hard process and can be far more depressing... especially when you calculate everything out and end up working for 3 months on it, full time, for what works out to be around a dollar an hour. I don't mean to deter you from either option and it may work out way better for you, but I'm always surprised when people avoid the festivals. Now, I'm not saying that the festival circuit is easy, but at least there's a process. You finish your film and you submit it in the proper format and there's sites that make the process easy. Then, after trying the festivals, you can go right to the two other options... and, sometimes, doing a festival run makes those options a lot easier.

Now, I'm not exactly helping the festivals cause. Our festivals section is disgustingly out of date... but that's why I'm going through it. As I am, I'm drumming up some things that need updating, as well as discovering some new festivals... like The Telluride Horror Show, which is heading in to its inaugural year this year. So, you want to know more about the fests and how they work? Let's see what Ted Wilson, Festival Director of the Telluride Horror Show has to say.

Tell us a bit about The Telluride Horror Show, when, where and why did it get started?

The inaugural Telluride Horror Show takes place October 15-17, 2010. Telluride, tucked away in the mountains of southwest Colorado, is home to numerous music and film festivals, most notably the Telluride Film Festival. We decided a horror film festival would fit in perfectly. Not only do you get to watch the latest independent horror films for three days, you get to do it in one of the most beautiful places in the country.

Tell us a bit about yourself, what got you into indie horror?

I’m in my mid-thirties, so I grew up watching all the classic 80s and 90s horror flicks (you know what they are). I turned to indie horror films because I grew tired of the usual studio junk and constant remakes. The new voices of horror are out there, doing it on their own, and I love to support that, especially since they’re creating great films.

Audiences, audiences, audiences. What’s worse than making a movie and no one sees it? There’s a lot of great horror and genre film festivals out there and the fans who show up to these fests do so much to spread the word about your film (especially if you’ve made a good one!). I still believe word of mouth is the most powerful marketing tool for your film, and you’ll get that being a part of a horror film fest.

From the perspective of the filmmaker, what can I expect to get out of having my film screen at the Telluride Horror Show?

Telluride is a tourist destination, so our audiences will include people from all over the country. As we grow as a festival, we’ll be much more than a “local” event. So more people, from more places, going home and spreading that word of mouth.

As a horror fan, what can we expect to get out of attending the festival?

The best selection of the latest independent horror films we can get our hands on. For our first year, we’re planning on having at least 16 features and just as many shorts. We’ll most likely sneak in a retrospective program, though any old films we show will be horror films not seen by a wide audience but that have merit to them. Many of the filmmakers will be in attendance to do Q&As after their films screen. We’re not just about the films. We’re about the people who make them. Also, Telluride has a name for itself in the film world so we might have some very special guests this year. Stay tuned on that… I should say, too, that we’re not going to take the horror convention approach with the Telluride Horror Show. We won’t have tables for actors to sit at and sign autographs for money, if you know what I mean. I’m not knocking horror conventions. They’re a great time and it’s awesome to be able to meet some of the legends of horror. It’s just not for Telluride. We’re all about what’s happening in the indie horror world NOW. That’s our main focus.

So, when you’re accepting films, what are you looking for?

Everything from horror comedies to thrillers to over-the-top grind house gore flicks. We also love to see dark fantasy and sci-fi submissions, to broaden the festival program.

Does budget come in to play when you’re considering films?

As a filmmaker, what can I do to make my film more festival friendly or should I even be thinking about that?

Not while you’re making it. But if you do get accepted into a film fest, do be prepared to give the festival the format they need to screen your film at the event. There’s so many digital platforms these days for projecting a film and it gets a bit out of control (and extremely expensive to offer all those platforms). Ironic, but 35MM is still probably the best and easiest way to show a movie for a film festival, but that’s a whole other conversation…

Submit your film to the Telluride Horror Show!

Where do you think indie horror is now and where do you see it going?

That’s a good question. I think we’ll have to ask the filmmakers that when they’re doing their Q&As at the festival…

What’s next for you and The Telluride Horror Show?

If everything goes well our first year, then the 2nd Annual Telluride Horror Show in 2011.

Since it’s our first year, we’re going to being trickling out our official film selections towards the end of July, so you’ll want to keep checking the website for updates (and you can also sign up for our email list on the site). Passes for the festival will go on sale in August and we plan on offering an early bird price on 3-Day passes, as well as discounted lodging. We’re accepting film submissions into early September so plenty of time left to submit. Visit the website telluridehorrorshow.com and you’ll find all the info you need to submit. And thanks for considering the Telluride Horror Show. Though it’s our first year, we’re in the process of putting together a great program, and I hope a lot of your readers will join us. Could be history in the making….
Posted by Dead Harvey at 9:24 AM

In my view everyone have to glance at it.