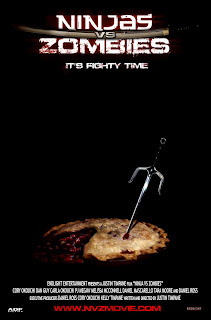 On a weekend where five new films received wide releases, "The Expendables" remains in the top spot. Unbelievable. Then again, those five releases weren't exactly tough competition. "Vampires Suck", the "Twilight" - based spoof film, came in second and pulled in just over $12Million. What's amazing about "Vampires Suck" is that almost three quarters of its audience was under the age of 21, which means that it skewed even younger than the "Twilight" films themselves. The let down, I guess, is "Piranha 3D", which came in sixth, behind "The Expendables", "Vampires Suck", "Eat Pray Love", "Lottery Ticket" and "The Other Guys". I read a lot of negative reviews and there's a lot of bad sentiment about it out there, but I'm thinking that a lot of people just don't get it. It actually is the third installment in a series AND it's intentionally campy and ridiculous. Granted, I didn't rush out and see it, so maybe everyones just like me. I don't know. Anyhow, it's a decent week for horror on the DVD shelves, so let's check out some of the highlights. As usual, you can go to our Youtube Page and see all the trailers, plus you can click on the titles to be taken to the films Amazon page, where you can read more and/or buy the film.

For the zombie freaks, you finally get "George A. Romero's Survival of the Dead

", the sixth film in the "Dead" series. The film follows a group of mercenary National Guardsmen that briefly appeared in "Diary of the Dead" and it premiered at the Toronto International Film Festival back in 2009. It had a very limited theatrical release, was released on VOD in April, aired for one night on HDNET movies in May and now comes out on DVD this week. Odd release schedule and I'm surprised that I haven't actually seen it yet. Anyhow, it seems like this week is the week that I'll finally get to check it out. Also, I can't help but notice that our buddies are re-re-releasing "Night of the Living Dead: Reanimated

" this week. They must be looking to capitalize on Romero. Either way, I won't turn down another excuse to plug "NOTLD:R".

The Lifetime Movie Network isn't really known for its horror releases, but they do release them. This week, on DVD, you can get the Lifetime Original's, "The Haunting of Sorority Row

". Lifetime Movie Network is a cable channel that's part of Lifetime Entertainment, which is a subsidiary of A&E Television Networks... and generally, they make women-oriented films. "The Haunting of Sorority Row" is about a young girl that joins a sorority, but there's something not quite right about the whole thing... and "Devil's Diary" is about a group of high school kids that find the Devil's Diary and accidentally unleash hell and destruction on their entire community.

" was originally released back in 2007 and is about three young Americans that pick up an attractive stranger who takes them on a journey... well, the stranger turns out to be a vampire and they end up having supernatural forces chase them down. "Highlander"'s own Christopher Lambert plays a vampire, but don't worry, he's not the "attractive one". He plays the one that the attractive one leads the three young Americans to.

Joe Mantegna shows up in "House That Jack Built

" as a dying father, asking his only son to preserve the family estate and never tear it down. A year later, the cocky young music producer demolishes the estate and builds a "party palace". Then, on the night of the house warming party, a monstrous entity returns to murder them all... one by one, until only the cocky young music producer is left.

" with "Alien Vs Ninja". They're not the same. Not even in the same family. Not even distant cousins. "Alien Vs Ninja" is the Japanese release that's, well, awesome... if you're in to over-the-top Japanese films. "Ninjas Vs Zombies" is the low-budget cross between "Clerks" and "Evil Dead" that's an homage to everything inbetween and it's, well, awesome... if you're in to low-budget homage's to horror films that are dear to your heart. Looks like a must-see to me.

" probably didn't need to add the "get it?" to their title because I do get it. The blatant capitalization makes me get it... and asking if I "get it" is like asking if I get a joke. If I don't, you shouldn't have told it. The more I think about it, I can't believe they called it "DIEner - get it?". Anyhow... it was an official selection at Horror Realm and Hollywood Film Festival and they pitch it as "Pulp Fiction" meets "Zombieland". In any case, title aside, the film looks like it's got some decent budget behind it and it looks like it could be quite good.
Posted by Dead Harvey at 9:54 AM

NOTLD:R had audio slippage in the first DVD pull. It wasn't caught until the copies were sent for Comic-Con. We got it fixed right away... but we had to destroy the whole first batch and that set us back.

The manufacturers needed the month to start producing them from scratch. So it's not a re-release... it's a pushed back release date (one which wasn't really advertised because we kept hoping to get the DVD out as soon as we could... then when it fell on Survival week I didn't want to push it because it wasn't intentional and it might seem like a cash-in ). Once they had it printed, it came down to releasing this week or waiting a full month and putting it out in their Sept.

So this is the first release... which got delayed about a month because of manufacturing.
-Mike

Ahh... good to know. Either way, I think EVERYONE needs to check it out! If you want to know more about the film, check out our interview with Mike here: http://deadharvey.blogspot.com/2010/01/night-of-living-dead-reanimated.html

By the way, I didn't think of it as a cash-in. Totally complimentary to each other... I thought it was a pretty smart move, whether or not it was coincedence.

Very cool and thank you again for all your help promoting it.

Ha, I guess I'm more critical then most when it comes to things like that. Still, I'm proud of the release and I think people will enjoy it.

We're moving right along with Unseen Horror... so if you enjoyed Reanimated... we should have more to show you coming soon. The first one on deck is House on Cypress Canyon. The closing date for people to get involved with that is Oct 15th and then we'll be announcing the 2nd drama as that one close up for first pass at shooting and assembly. There are so many talented people... it's way too much fun.