The Box Office AND This Week in Horror on DVD 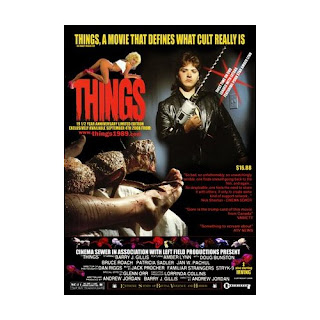 So, Will Ferrell's still got it and, let's be honest, "The Other Guys" is a Will Ferrell movie. It topped the box office, finally kicking "Inception" down to second place... in its fifth week? Or is it fourth week? Either way, "Inception" only declined around 33%, which isn't bad for being in the theaters for a month. "Step Up 3-D" had its ass handed to it, grossing the worst of all three "Step Up" films, bringing in only $15.8Million. "Salt" slipped 44% and came in 4th, "Dinner for Schmucks" slipped a whopping 56% and came in 5th, but that's to be expected... (A) it's a comedy and (B) another comedy came out this week. As for this week, this Friday comes with much trepidation for me... "The Expendables" finally comes out. It's a film that I would've given my left nut to see twenty years ago. Written and directed by Stallone, starring Stallone and, virtually, every other action star of note... besides Segal and Van Damme. Now, in 2010? Will this fly? I don't know. I loved the latest "Rambo" and it exceeded my expectations, let's see if this lives up to its potential. Other than that, on the 20th, we get the campy "Piranha 3D" and then there's a horror film coming out, pretty much, every week through September. We'll keep you posted on all of them. So, let's look at all the new and notable horror DVD's that come out this week. As usual, you can go to our Youtube Page, where you can see all the trailers and you can click on the title to be taken to the films Amazon page, where you can read more and/or buy the film.

This week, you get a double shot of Eric Roberts with both "Killer Weekend

" coming out. If you don't know, Eric is the older brother to Julia and I don't think they really get along. He's been in some great films, including, lately, "The Dark Knight" and "Final Analysis" and, back in the 80's, he was even nominated for an academy award. You can see him in "The Expendables" this Friday and he's involved in tons of upcoming projects... most of them low-budget, like "Killer Weekend" and "Project Solitude: Buried Alive". That's not to say they aren't good, they're just straight to DVD horror films. In fact, they both look alright and I'm going to check them out...

" comes from Brain Damage and it's a micro-budget horror anthology, seven short films in one. I'm not sure if they purposely borrowed the title of a classic noir film from the forties, but they did... so, don't confuse it. As if you could. The film from 1947 has Tyrone Power on the front, this one has a sketch of a decapitated head and it boasts to have been shot in 'Grind-o-Scope'. It was a finalist in the Australia Film Fest, it won at Brunswick Film Fest and it was a selection at Schlockfest Australia.

I really want to know more about "Things

". As of right now, it's out of stock on Amazon and there's very little information out there. However, it's been called "so bad, it's good" and "an obscure bargain basement shot-on-video horror that's utterly awful and inept". It's about a guy and his friend that get drunk and end up having to fight some ant-like sharp-toothed creatures that were born out of one the guy's sickly wife. Count me in.
Posted by Dead Harvey at 9:15 AM