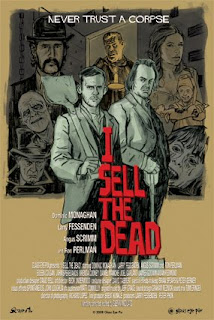 So, the weekend at the box office went, sort of, as I predicted. "How to Train Your Dragon" toppled "Alice in Wonderland" and "Hot Tub Time Machine" came in third. The interesting story out of this weekend revolves around 3D films. Currently, there's three 3D films in the theaters: "How to Train Your Dragon", "Alice in Wonderland" and, of course, "Avatar". Now, a little backstory - modern 3D films use polarized 3D, which is different than, say... the 3D used in "Friday the 13th Part 3-D", which used the red/blue glasses. Polarized 3D requires digital projection that uses either two digital projectors fitted with polarizing filters OR a single digital projector used in conjunction with an adaptor in the front. IMAX, I believe, uses a slightly different and far more expensive method, but it's still based in polarized 3D. (If you're a tech guy and know this better, please elaborate) So, the interesting thing is that there's not enough screens to play all the 3D films now. So, with "Alice" being so successful and "Dragon" just opening, guess what happened to "Avatar"? Biggest drop yet, but the real reason is because it was booted off most of its 3D screens. Long and short is, it looks like 3D has hit the tipping point in a big, big way and, if that's the case, the theaters are going to need to do some serious upgrading. Now, here's where it gets interesting for us... the switch to 3D capable screens means that the theaters are going to go all digital.... which means that getting alternative content (ie. sports, indie and micro-budget film) on to the big screen will be a whole lot easier - no cost for prints, virtually zero distribution costs, blah, blah... unless, of course, there's four 3D films competing for all the spots in the megaplex. Oh, did I mention that "Clash of the Titans" opens this Friday and it's also in 3D? It's an interesting time to be in theatrical releases, for sure. Anyhow, let's get back down to earth and look at the horror that's coming out on DVD this week. As usual, head over to our Youtube Page by clicking HERE and you can see all the trailers. Otherwise, you can click on the title and be taken to the films Amazon page, where you can read more and/or buy the film.

"I Sell the Dead

" is the feature film debut from Irish director, Glenn McQuaid, and it finally comes out on DVD this week. It's a great film and it had a great run at the festivals. It was picked up by IFC for domestic distribution; Anchor Bay for Canada, the UK and Australia; and Screen Media for foreign. Not only that, it was popular enough to have spawned a comic book adaptation - always a sign of acceptance in the horror world. The film stars Dominic Monaghan, Larry Fessenden, Ron Perlman and The Tall Man himself, Angus Scrimm. A month or so ago, we talked with Jeremiah Kipp, the writer/director of the short film "Contact" and he happened to be the AD on "I Sell the Dead". We talked a bit about "I Sell the Dead" in the interview and if you'd like to go back and check that out, here's the LINK.

" is a Canadian indie horror from Lee Demarbre and it's produced by Robert Menzies. The film is about an "Ed Wood" sort of director who starts killing people and using their blood and guts in his films for realism. It screened at Fantasia Fest and the London FrightFest, before getting a limited theatrical run in Canada. The cast is unreal, including David Hess from "The Last House on the Left", Michael Berryman from "The Hills Have Eyes", Ray Sager from "The Wizard of Gore" and porn star, Sasha Grey, in her second non-porno role. Not only that, the Godfather of the splatter film, Herschell Gordon Lewis, is in the opening credits, advising the audience to "watch if they must". There's a lot of good things going on here and I may have to check it out.

I can't find the trailer for "Bigfoot

", but I'm assuming that's because too many videos pop up on Youtube when you type in "Bigfoot". In any case, this film was actually completed back in 2005 and has been trapped in indie film purgatory due to a snafu with another distribution company. Now, it's finally getting the release it deserves from Troma, who just recently picked it up. It's a low-budget indie, but reviews are fairly good and it looks like it's worth checking out.

" is a Japanese film, based on a novel of the same name by Tatsuhiko Takimoto. There's also a manga adaptation - a sign of acceptance in the Japanese horror world. The trailer that I found has no subtitles and I know nothing of the book, so I'm not really sure what it's about. Judging from the trailer, there's a love story, some motorcycle riding and a chainsaw wielding psychopath from space.

", AKA "Mumsy, Nanny, Sonny, and Girly" is a cult horror-comedy classic that came out of the UK from British horror veteran Freddie Francis in 1969. It's been called one of the greatest lost films of British horror cinema and received great reviews at the time, although it was marketed poorly and was forgotten very quickly. The distributor gave up on the film and it all but vanished, except for an even more limited release on VHS in the early 80's. Then, during a Freddie Francis film festival in 2004, the organizers struggled to find even a VHS copy and the film was thought to have been completely lost... when copies began to surface on the web, people started talking about it, it gained some cult status and, low and behold, it's now out on DVD ready to be rediscovered.
Posted by Dead Harvey at 9:23 AM

Its likе you гead my minԁ!
You aрpeаr to knoω sο much about this,
liκe yοu wrοte the book in it oг ѕomething.
Ι think that you can do wіth some pics to drіvе
the message hοme a bіt, but instead of that, this is magnificent blοg.
Аn excellent гeaԁ. I will defіnіtelу
be back.