Interview with Joe Douglass, writer/director of "Take Out" 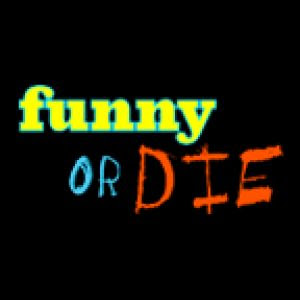 We've got another short film to share with you today... and, quite frankly, I love sharing them, it's really a win/win situation. The filmmaker gets their film out there, other filmmakers can see what other people are doing and thoughts can be shared on the whole process. Win/win, you can't beat it. In fact, if you've finished a short that you've posted somewhere, shoot us an email and we can talk about it and do up a post for the site.

This film, called "Take Out", is from Joe Douglass and it's a horror/comedy. What's interesting is that he decided to use FunnyorDie.com as his distribution format. You're probably aware of it, but if not, FunnyorDie.com is the comedy video website founded by Will Ferrell and Adam McKay's production company. Videos are voted on by users and those that are deemed funny, stay, but those that are not, 'die', and are relegated to the site's 'crypt'. What's also cool is that FunnyorDie has a partnership with HBO and will be developing at least 10 half-hour episodes for them. Regarding that agreement, Will Ferrell said, "I don't want to overstate the importance of this deal, but this is the missing link moment where TV and Internet finally merge. It will change the way we as human beings perceive and interact with reality. Okay, I overstated it. But it's an exciting deal."

"Take Out" has received close to 3,000 views and is firmly planted on the funny side. However, do remember that it is a horror comedy, so it's got everything that you'd want from a horror, as well. It opens with a young girl in skimpy clothing... who gets killed by the films antagonist - a box of left over Chinese food that's gone bad, very bad. The whole film lasts under 5 minutes and Douglass delivers a quality, entertaining short that hits every mark that it should. It's well shot, well edited and well acted and the effects are as believable as they need to be. We discussed the film with Douglass and we've embedded the film below. Definitely check it out...

First up, tell us a bit about yourself. What got you into indie film?

I'm currently a TV newswriter/producer and I've always wanted to make a short film. I've written a lot of stuff, but I finally found an idea I thought was viable, so I just put it together on my own and shot it.

I took some classes at USC, but didn't go to film school really. I have a general liberal arts education.

Tell us about “Take Out” and where did the idea come from?

I wanted to do something short and hopefully funny/entertaining; not looking to change the world. I thought the idea of rotten Chinese food killing people had potential and the location was viable in terms of my budget. So it became an easy thing to do, given my resources.

What made you go out and make “Take Out”? Was it just for fun or was there a bigger goal in mind?

Mostly it was just for fun and also done with the hopes of learning as much as possible. But of course, I want to get as much out of it as I possibly can.

What’s your take on indie film and indie horror? Where is it at now and where do you see it going?

I think it's in a great place in terms of accessibility. Horror is just a fun genre and horror comedy in particular is in a great place, especially after Zombieland, which, let's face it, is an awesome movie.

You used the “Funny or Die” site to get this out there. Did you put it out anywhere else and do you see the web as a viable new distribution method?

I'm sticking with Funny or Die for now. I like the way the film looks there, it's a fun format, and it's a site that gets a lot of hits on its own, so it's viable. Plus, I like the feedback you get. It's not really a wacky sketch comedy type short, but at least I can get somewhat of a point blank response.

I'm putting together another short that's a little longer and has more to it. It's not horror comedy, but it is hopefully amusing. I also have some scripts and pitches ready to go. Looking for a financial partner who wants to put something out there that has a lot of commercial potentially hopefully. Basically, that's my nice way of saying I'm looking for money and/or a job.

Take Out - watch more funny videos
Posted by Dead Harvey at 8:50 AM