Another Visit From Writer/Director/Producer, Peter Podgursky 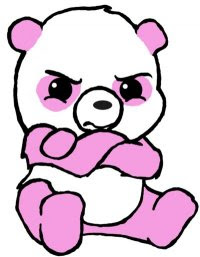 The truth of the matter is, out of all the aspiring indie horror writers, directors and producers that read our regular musings, very few, if any, will go on to become household names. Having said that, if you do, please remember to return our calls. We'll do the same... I promise. Really, we're rooting for all of you and we do everything we can to help. I mean, do you think we get paid for this? Also, I've seen way too many quality indie films based on quality ideas to not believe that the next "Blair Witch" or "Paranormal Activity" could come from one of our readers. All I'm really saying is that it's a tough business and our little niche here at Dead Harvey is to keep you indie horror folks as informed as possible on what's going on in the industry and we're trying to help guide you to the next level... all the while, hopefully, guiding and taking ourselves to the next level, as well. Good, God, please get us to that next level soon, but... I digress. Problem is, most filmmakers will talk with us when their film comes out, we'll stay in touch for a short while, then we'll never hear from them again... which leads me to believe that they've either gone on to big things and don't care about us anymore, they're in the middle of another project and don't have anything to say OR they're done - they took a job at their Father-in-law's box factory to pay the mortgage. Who knows? That is why I like it when I get back in touch with filmmakers and see how they've progressed.

It's been almost exactly a year since we spoke with Peter Podgursky... actually, it's been EXACTLY one year since we posted our interview with him. You can find that interview by clicking HERE. At the time, his short film, "Cheerbleeders", was his USC thesis film and he was about to release some short films on Youtube under his Grumpy Panda Films moniker. Well, it's been a year, he's released those films and he's got some projects in the works. I recently checked out his short film, "Murder Baby", which I'm going to embed below and we had the chance to catch up...

You did the awesome short film “Cheerbleeders” a few years back, what have you been up to since then?

I produced a short starring Neil Patrick Harris entitled "Dracula's Daughter's vs. The Space Brains" directed by Frank Ippolito (who did the Murder Baby effects) and Ezekiel Zabrowski (the team behind the "& Tellers" and "The Growth"). We have a facebook fan page if your readers would like to keep up with it (and they should, it's awesome!) Click HERE

Other than that, I've been doing a lot of writing and making videos for the Grumpy Panda youtube channel with my pal Cindy Fang. We've had two of our video featured on the front page of Funny or Die. And I was a finalist for the ABC Television Writing Fellowship this year (I didn't get it, but I got really close), so that was encouraging.

Now that you’ve had some time to reflect on “Cheerbleeders”, is there anything that you would have done differently or is there something that you didn’t do, but wish you had?

I'm not sure I would do anything differently. I learned so much making it and showing it. Did I make any mistakes? Sure. But I'm glad that I did because I learned from them and I don't think they are the kind of mistakes anybody would ever see in the film.

Any new lessons learned out there that you can pass on to other aspiring filmmakers?

I'm not sure if I have any lessons, but I do have some tips. If you need sound effects check out The Free Sound Project freesound.org . They don't have everything, but they're pretty damn good and the price is right. And I recently discovered that Art Beats artbeats.com gives away a free clip of stock footage every day. Your readers might find those sites useful if they don't already know about them.

Tell us about the short, “Murder Baby”

I had the theme song first and extrapolated a story out of it. My pal Charles Scott and I recorded the theme song waaaay before we shot anything. I told the story to Cindy and we sat on it for a while because we didn't know any babies. Then one day Cindy called me and told me that she found the Murder Baby. When I asked Elijah's parents why they wanted to let their pride and joy be cast as a murderer they told me that he killed the family cat by hugging it too hard. So it seemed like a good fit.

What was the reasoning behind “Murder Baby”, just for fun or was there a different reason? 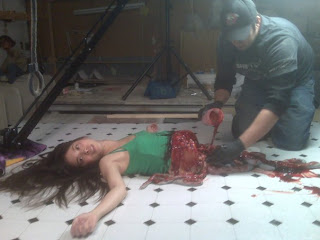 Mainly for fun. It's nice to complete a small project and get it out there when you're prepping bigger projects. I'm also just curious about youtube. I'd like to figure out how to get popular on it because it's another way to get people interested in what I'm up to. Some people just make youtube videos for a living. That's fascinating.

Gotta ask, tell us how the carnage was done. Love it.

We nailed some linoleum to two shop tables. We cut a hole in the linoleum for Cindy in the gap between them. The shop tables act as a raised stage. Cindy sat on a stool while laying backwards. Frank had a torso prosthetic laying around that we shoved up her shirt and the guts are clay covered in fake blood. Pretty good for clay, right?

What are you working on, what’s next?

Right now I'm prepping three shorts with my writing/directing partner Donna Thorland and making more youtube videos with Cindy Fang. There is some other stuff that I wont jinx because I don't want this post to haunt me if it doesn't work out. If it does, I'll be sure to let you know.
Posted by Dead Harvey at 9:12 AM