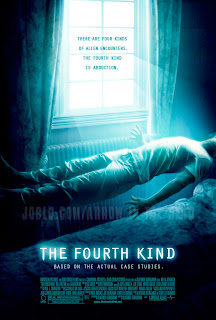 It was a crowded weekend at the box office, with four new movies getting wide releases, vying to take over the top spot, and, in the end, none of them could topple the leader. That honor remains in the hands of Tim Burton's "Alice in Wonderland". By the way, "Alice" is now the highest grossing collaboration from Depp and Burton and is likely to end up being Burton's top-grossing film, ever. As for the four new films, "Green Zone", "She's Out of My League", "Remember Me" and "Our Family Wedding", they were all disappointments and the biggest disappointment of the bunch has to be "Green Zone", which starred Matt Damon and came from "Bourne" director Paul Greengrass. In my humble opinion, the war thing isn't going to sell as a big budget film anymore and it won't for a while, unless it's over the top, "Rambo" style. Audiences are obviously looking for an escape, not reality ("Alice", "Avatar") and the political, war themed movies aren't going to pull in big dough, this is something that I've been saying for a while. Think about it, even "Hurt Locker" only pulled in around $15Million at the box office and that was the most critically acclaimed film of the year. Moving on, "Remember Me" starred Robert Pattinson in his first non-vampire, non-wizard role in a nationwide release and, well... it bombed. Really, I don't even know what it's about and it looks like audiences didn't care, either. "She's Out of My League" starred Jay Baruchel, who's played supporting roles in "Knocked Up" and "Tropic Thunder", but apparently can't hold his own film and really, this film stinks of being born out of a marketing meeting. "Our Family Wedding" was the romantic comedy and I really can't even comment on that, so... yeah. Let's just get to the week in horror on DVD. You can go to our Youtube Page by clicking HERE and you can see all the trailers or you can click on the title to be taken to the Amazon page, where you can read more and/or buy the film.

" in this post, even though it comes out on Saturday, March 20th and a lot of you don't even consider it to be a horror. I'm not sure what to say about it, except for that it's a juggernaut franchise. The first film cost $37Million to make and grossed over $380Million. This one cost $50Million to make and grossed over $700Million. The franchise put Summit Entertainment on the map, as it had released nothing but stinkers before this, including: "P2", "Penelope", "Never Back Down" and "Sex Drive". I'll admit to the fact that I've seen both films and, really, I think they're flawed, but... don't tell that to the kids. I'm just happy that vampires and werewolves are big box office draws...

", comes out this week and there's a couple lessons to be learned on this one. One... don't lie directly to your audiences face. Two... don't assume that your audience is stupid. "Blair Witch" is the only film that I can think of that lied, but lied well, AND they never really lied right to your face. "The Fourth Kind" lies to your face, right off the bat. The film opens with Jovovich walking up to the camera and telling the audience that she's Milla Jovovich, she's an actress and that she plays psychologist Dr. Abigail Tyler in a recreation of events that took place by Nome, Alaska, based on an actual taped interview from 2002 and actual footage taken by Tyler. The only problem? It's all fake. ALL of it. Not one bit of it is real AND it doesn't take a brain surgeon to realize that. It's pretty shitty filmmaking if the only way you can get your audience to suspend disbelief is by outright lying to their faces... and it doesn't work. Why didn't it work? Because the audience isn't stupid, so don't assume that they are. What sucks is, the premise is pretty good and I think there's a market for alien films... this is a great example of how to ruin a good story and create a debacle.

" is an indie film that screened at the Palm Springs International Film Festival, the San Francisco Indie Fest and at New Filmmakers New York. It's written and directed by Jake Barsha and it's "a dark portrait of a man so lonely and miserable that it's almost hard to believe it's as watchable as it is." It's the first feature from Barsha, who's made a few short films and has spent the bulk of his career working in the camera department. I'm all about films that show the dark, gritty sides of humanity, as I think they're very relevant right now. This is the first I've heard of the film, so I, for one, am going to be sure to pick it up.

", which consists of "Sympathy for Mr. Vengeance", "Oldboy" and "Lady Vengeance". All three films are from Korean director Chan-wook Park and all three kick f'ing ass. Honestly, if you haven't seen these, do yourself a favor and pick this trilogy up. You won't be disappointed.

Even quicker, I want to mention "Blurred Realities