New Horror Out On DVD This Week, including: Taintlight 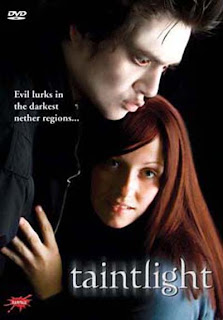 The story at the box office was all about "2012", but, really, it was the only thing that came out. The acclaimed "Pirate Radio" also came out, but only on a quarter of the screens. "2012" grossed $65Million, which is a good opening. In fact, it's the seventh highest grossing November opening ever. Looking ahead at the next few weeks, for us horror guys, these are the dark times... these are the times when there's a steady mix of sappy, Oscar-type film and big budget wide releases. The only thing that I'm really looking forward to, is "Avatar", which comes out Dec 18th, but until then it's going to be a strict diet of horror DVD's. Now, speaking of DVD's, it's not a bad week. Well, it's not a great week, either. It's okay. Whatever, there's enough to entertain us for the week. As usual, click on the titles and go to their page on Amazon where you can read more about them and/or buy them and you can also go to our Youtube page to check out the trailers.

" is, by far, the biggest budget release of the week. It's got Will Patton in it, as well as Yvonne Strahovski, from "Chuck". I read that it had a limited theatrical release on October 23rd, so... a few weeks ago. And, now here it is on DVD, on November 17th. It's a survival horror, where a couple of newlyweds are honeymooning in the grand canyon and they get lost down there after their guide gets bitten by a snake and have a wee bit of trouble getting out.

" is that, back in film school, we used to joke about making a horror film that took place on Thanksgiving. We figured that almost every holiday was covered; Christmas and Halloween are overdone, there's been plenty of New Years films, April Fools Day, Valentines Day... but Thanksgiving is a big holiday and there were NO horror films based on it. Well, now there is. We came up with a plot revolving around rabid, steroid-riddled, mutant turkeys... "Thankskilling" is about a foul-mouthed homicidal turkey axing off college kids during Thanksgiving break. Awesome. Google "Thankskilling" and head to their site. It was shot for $3,500 over 11 days.

I was actually reading up on "Hanger

", not knowing that it comes out this week. It's from Ryan Nicholson, the writer-director of "Gutterballs", and it's being distributed by a brand new company called Breaking Glass Pictures. They reached out to me and I'm going to try to do an interview with them and pass some information on them to all you... "Hanger" is about an abortion that lived, who's affectionately referred to as "Hanger", due to the fact that a pimp attempted to give his hooker Mom the abortion with a coat hanger. Now, he lives, and is out for vengeance.

" before, but... I'll cover it again. If anything, it's got a wicked, original plot. It's about a hooker named Nikki who comes over to play the role of this guys ex-wife. However, it turns out that the guys ex-wife is actually locked up in the cellar and he tries to forcibly turn Nikki into his ex-wife... and even starts falling in love with her.

", which was written and produced by Brian Patrick O'Toole, the guy behind "Dog Soldiers", "Evilution" and a few other films, and has a very "Halloween"-esqe feel to it. It's about Basement Jack, a 17 year old kid that went on a killing spree eleven years ago. Now, he's 28 and is being released and is coming after Karen, the lone survivor of his original attack.

I just assumed that "Call of the Hunter

" was a low-budget mock-doc, as the film's about a documentary film crew that heads into the woods to shoot a film on The Legend of Herme the Hunter. However, I found the trailer on their website and the film looks to be shot in HD with great production quality. I believe it's out of the UK and it looks like it could have some decent gore.

I guess that "Vampire Party

" is a French film and the trailer that I found is dubbed into German? I can't remember now. In any case, it's a foreign film and it's a strange looking horror/comedy about a big vampire party. Looks like it has budget and some good effects. Not my type of film, but... check out the trailer.

Well, it was just a matter of time before a true, low-budget mock came out about "Twilight" and here it is. Chris Seaver, the guy behind "Mulva: Zombie Ass Kicker" and "Terror At Blood Fart Lake", brings you "Taintlight

Lastly, I just noticed that "Godkiller: Walk Among Us #2

" is coming out and, well, I hadn't heard of "Godkiller: Walk Among Us #1", but this caught my eye. It's based on "Godkiller", which is a series of graphic novels, illustrated films, and novels created by award-winning filmmaker Matt Pizzolo and it tells the stories of human beings caught in the crossfire of warring fallen gods. Not only that, it's done in a very original way. Art, mixed with visual effects, mixed with some other crazy shit. There's some notable names doing the voices, too. Check out the trailer to see who's involved.
Posted by Dead Harvey at 9:23 AM

Yeah, whatever he said... what is that? Russian?