Film Festival Updates, but not really at all... more of a rambling post on new media. 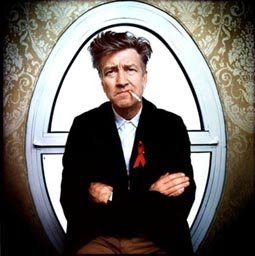 So, I've got a predicament. By the time I woke up this morning, I had decided that my post today was going to outline all the horror festivals left in the month of November. Easy, peezie, Japaneezie. So, I went through my usual steps of researching and collecting information, only to find that there's only two festivals in November... The Red Blood Buenos Aires Festival, which is Argentina's only festival that specializes in fantastic, horror and bizarre films and the Sitges Fantastic Film Festival in Catalonia, Spain. By the way, if you'd like more information on either of them, here's a link to Red Blood and here's a link to Sitges. This lead me to two conclusions... First off, if you're thinking of launching a new festival, November's the month to do it. There's a gaping hole there that needs to be filled. Now, the other conclusion is that I'm left a few paragraphs short of what would be considered a decent post, as I didn't want to talk about two festivals that 99% of our readers couldn't attend. So, what can I talk about?

Do you guys remember the classic Youtube clip, "David Lynch on iPhone"? Cracks me up every time I watch it... and whoever added the music is a genius. Here's the link, if you haven't seen it. Now, I don't have an iPhone... but I am a Blackberry user and mine doesn't play movies. I'm almost certain that the new Blackberry Bold and Storm can play movies, but I have the "free with a monthly plan" Pearl, so I don't watch movies on it. However, I DO watch movies on my PSP. I do it all the time. There's a great freeware program that will convert ANY video format into mpg4, which is what PSP plays (PSP Video 9, if you're interested). So, if I've bought a DVD, received a screener, ripped a movie off a friend, downloaded it off the internet, whatever... I just drop it in, convert it and it's on my PSP. The quality is awesome, too. I also have a cable that connects my PSP to my TV which cost me $10. No, I didn't get it to play the video games on the TV (looks like shit), I got it so I could watch the movies on the TV. So, every once in a while, I dump 3 or 4 movies into my PSP, then when I'm riding the bus, I'm at the gym or I'm taking a crap, I can watch bits of films. Then, when I get home, I connect it to the TV and I can watch the rest of it or a complete other film... whatever the fuck I want to do, really. So, what's my point? My point is, I wouldn't be able to watch HALF the movies I do, if I couldn't watch movies on the go or use a portable media player... and I don't think I'm alone in my media consumption habits. Sorry, David Lynch, but stuff like this is changing the way we watch movies and consume media, as a whole.

Really, we haven't even come close to where we're going to end up... if that sentence makes sense. I use the PSP and that freeware, which makes a straight PC to PSP connection, nothing special. But, check out some of the other things that are going on out there. Ever heard of a company called Archos? They make a media tablet that's a big touch screen with a 60 GB hard drive. You connect it to your TV and it acts as a PVR. However, you unclip it and everything that it's recorded will play on it when it's acting as a portable media player. It also connects to your PC, so you can dump files back and forth. It's also basically a little computer on its own, as it can connect to the internet through WiFi and view complete webpages better than the iPhone. Oh, by the way, it also clips into your car and works as a full GPS system, plus will play all the media files you want it to while you're on those long trips. The thing is F'ing amazing, here's a link to their site, if you're interested in it. You think something like that will change our viewing habits? That whole system is fairly expensive now, but what about when the prices come down and other companies start making similar products? I could go on and on about what other companies are up to, but the long and short is that digital media is changing everything and, like I said, we STILL don't know where its going to end up.

Don't get me wrong though, I still believe that nothing will replace the TV. Now, I'm not talking about the content on the TV, I'm talking about the TV itself. Let's be honest, as far as home entertainment, it's still king. Within a few years, everyone's going to have a huge LCD or Plasma in their living room... and no portable media device can compare with that. The only change I can see would be if they incorporate touch-screen technology into them, but really... let's not underestimate how lazy we all are. I'll take a kick-ass remote over a touch-screen TV in my living room, any day. So, the real change is going to come in how we get the content to that TV and THAT'S where the world is going to change for indie-filmmakers. I foresee a day when I can create my own website that contains whatever content I want it to and you'll be able to grab it, one way or the other, and it'll instantaneously play on your TV. I don't think there will be a cable company or network involved, either. It'll all be done through some internet based portal device, some sort of bastardization of an XBox, PS3 or Tivo. Where will the money come from? Well, I think there will be some sort of advertising aggregator that will input ads into my content, which are targeted and will cater, specifically, to the person who ordered it. The advertiser will pay that aggregator, who takes their part of the money, then gives me the rest. In the end, the viewer wins because he's getting the precise content that he wants, the advertiser wins because he's reaching the exact person he wants, that aggregator wins because he's getting paid and I, the indie horror filmmaker wins becomes I have an audience and I'm getting paid to distribute it. That would be nice... wouldn't it?

How's that for a rambling post?
Posted by Dead Harvey at 9:15 AM