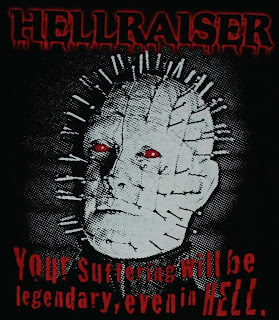 I sometimes wonder how our kids or grandkids will think of the era that we're living in right now... I mean, think of the amount of change that we've seen... seriously. I remember being a kid and my Dad setting up a projector in the basement to watch home movies, I remember when he brought home a "VCR", I remember video games when they could only be played in an arcade, I remember not having an email address. Hell, I remember getting our first microwave. Think about if you were born in 1890. By 1920, how many changes took place? I guess there's two ways to look at it, either we're living in an era that will forever be remembered as a time of massive change OR... we ain't seen anything yet. All this and I'm not even touching on the fact that we just saw the first African American voted in as President of the United States - a mere 50 years after he wouldn't have been able to drink out of the same water fountain as his Vice President elect. Crazy. Anyhow, right now, I just care about the changes and news that effects indie horror filmmakers. So, here's some shit that's going on out there...

'Hellraiser' redo in Laugier's hands on THR.com: Remember how the Weinsteins originally announced that they were going to have Alexandre Bustillo and Julien Maury remake Hellraiser? Then that fell through after investors saw "Inside", their latest film, and decided it was too fucked up and got worried about what they would come up with for the new Hellraiser? Granted, "Inside" WAS messed up... and awesome. Side note: if you haven't seen it, you should. That's not my point, though. My point is that they've now announced that Pascal Laugier will helm the remake, whose last film was MORE fucked up than "Inside". His film, "Martyrs", was not only compared directly to "Inside", it's been called the "new yard stick against which all forms of extreme genre films should be measured against." So, maybe the rumors that what Bustillo and Maury brought the Weinstein's were false and it was some other reason that they left the project. Maybe Laugier brought in a more friendly version, I don't know. Either way, it looks like the film is STILL in good hands. It'll be interesting to see how this does... are American audiences ready for a big budget gore flick? We'll find out soon enough.

MySpace top site for young filmgoers on Variety: Here's a shocker... filmgoers are going to Myspace to research films. Here's what surprises me... a lot of indie filmmakers do NOT use Myspace. When I'm looking into a film, there's only a few places I look. IMDB.com is one, I use Amazon.com a lot, but Myspace could be tops. It's free, it's easy and I'm surprised at how many people don't use it. If you're going to get into this whole space, you need to know how the digital world works. Please, if you're unsure or weary, go set up a basic account under a fake name, such as "Labia DeVulva" or "Fuk Yue", and just play around with it before using it. Set a few hours a week aside to learning and maintaining and you'll be surprised at how quickly you can get the word out about your film, meet other filmmakers, network and all that. Anyhow, people... please. If you're not using new media like social networking sites, please start.

Hollywood may not be recession-proof this time on LAtimes.com: Once again, what's bad for Hollywood can be good for you, the indie horror filmmaker. Okay, the article is SUPER long, but I can summarize it for you here pretty quickly. This whole recession thing is here, it's not going anywhere for a bit and when we do come out of it, it's going to be a different world. How different? Who knows... but people are going to be spending less money and doing some budgeting, that's for sure. Now, during the great depression, Hollywood and entertainment, as a whole, didn't suffer. In fact, it flourished. They found out pretty quick that people needed little escapes and entertainment MORE in times of crisis. Makes sense, right? Because of that, they've always said that Hollywood is recession-proof. Well, it's not this time around. Why? Because in 1930, they didn't have many choices, did they? Now, they do. In fact, how many of you could disconnect your cable and live off of streaming video and pirated DVDs? My bet? A lot. So, how does this help you? Well, as people turn off network television and stop going to the theaters, they're going to turn to the internet and other digital video resources... and guess what? That's where indie filmmakers should be living... So, you've got a whole new audience coming your way soon, be ready for them. And, please, give them a good deal if they want to buy something.

Vampire tale stalks FearNet on Reuters.com: This is about a music-driven vampire-themed series that will air on multiplatform horror-thriller network FearNet, written and directed by Mary Lambert. A little background on Lambert, first... she's done a ton of music videos, but she also helmed a few horror classics, including: Pet Sematary, Pet Sematary II, Halloweentown II: Kalabar's Revenge and Urban Legends: Bloody Mary. So, she's been around the horror block a few times. What interests me is that she's a decent name attached to an innovative project and it has absolutely nothing to do with network TV or the studios... aside from the fact that FearNet.com is owned by Comcast, Sony and Lionsgate. My point is this series will only be available on the FearNet website and on the FearNet VOD network. Read my last paragraph on the recession, then this one... there's new platforms coming, folks. Make sure your project can use them!
Posted by Dead Harvey at 9:10 AM