Hollywood's biggest enemy can be your best friend 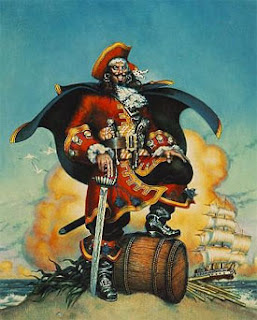 There's absolutely no question on where the MPAA (Motion Picture Association of America) stands on P2P file sharing. They made that stance very clear in this press release, which praises a proposed bill that would require colleges to come up with ways to help movie studios and record labels prevent trading in copyrighted works. In the press release, it states that "the MPAA's most recent data shows that the U.S. motion picture industry lost $6.1 billion to piracy in 2005." Further, they truly show their ignorance by stating that "illegal downloading doesn't just hurt the motion picture and music industries, but it can also be harmful to universities as it puts their systems at risk for security purposes, takes up bandwidth, and slows systems that are designed for research and other educational purposes." Well... it definitely takes up bandwidth, I can vouch for that.

I'm sorry, but how can you come up with such an exact number? Do you know exactly how many films got downloaded and, if so, how many of the people who downloaded them would actually pay to see that same movie in the theaters, given the chance? The numbers have to be far more vague than that and I'd really like to see how the MPAA came up with those numbers. There's no way that P2P file sharing really eats into the business that much and even if it does, the figures wouldn't be that quantifiable, but I can let it go. Obviously, they're pissed off and, simply for the sake of not having to write about it any more, let's say it's with good reason. Having said that, file sharing isn't a bad thing for all filmmakers. In fact, for low-budget filmmakers, it can be a really good thing. Read this post from TorrentFreak and consider the two examples they site, "The Man From Earth", a low budget sci-fi, and "Day Zero", a low budget horror. Essentially, having pirated versions of their films distributed through the torrent sites created a buzz on IMDb, Amazon and elsewhere on the net, which built awareness and created two things that every low budget filmmaker wants - an audience and DVD sales.

The studios have a different way to create that audience and sell tickets, it's called marketing and advertising. The studio's spend millions upon millions of dollars to market their theatrical releases and it's all geared at getting as many people into those seats on opening weekend as they can. Negative buzz can kill an opening weekend and the studios do everything they can to avoid it, including: not screening for critics, reshooting after test screenings with target groups and locking down sets. If the studio thinks they have a stinker on their hands, the film is dead in the water if a DVD screener or workprint was available for download a week before the film was released. When it comes to P2P file sharing, the studios really don't have much to gain, but they sure have a lot to lose.

On the flip side, most low budget filmmakers have little or no marketing budget and they usually have nothing to lose. If you throw your film onto a filesharing site and people think it stinks, so what? ...but what if people think it's good? Well, maybe those people tell their friends about it. Maybe they write a review on IMDb or Amazon. Maybe they go to your website looking for more information. Maybe they create enough buzz to generate some real sales. Maybe it will start opening doors and get you a real budget for your next film. Maybe it's exactly what you need - a free marketing tool that also creates an audience, while giving you feedback.

The studios will always resist anything that threatens the stranglehold that they have on the industry and they truly can't stand the file sharing sites. All they'll ever see it as is just a bunch of punk kids that are taking money out of their grubby hands. I've got news for them, though... one way or another, file sharing isn't going anywhere.... and it may just be the tool that allowed low-budget filmmakers to break in.
Posted by Dead Harvey at 1:24 PM