D8 and an interview with Owen Mulligan, the writer/director of "The Smog" 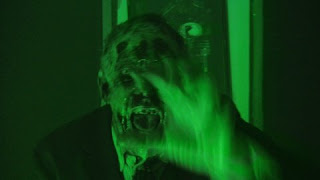 Did any of you check out any of the D8 conference? There's lots of clips online. For those that care, it's the "All Things Digital" Conference and you can find out more about it here. It just took place from June 1 - 3 at the Terranea Resort in Rancho Palos Verdes, California... just 30 miles south of L.A. Anyhow, it's where guys like Steve Jobs of Apple and Steve Ballmer of Microsoft get to talk shit... it also drew speakers from the film world, like James Cameron, Jeffrey Katzenberg and Steven Levitan. Anyhow, the most interesting stuff comes out when guys like Jobs and Ballmer talk about the future of mobile devices and technology. Really, it's very pertinent to us in the film and media world because what they do will dictate how consumers, well... consume media. There's a lot of arguments on where mobile devices and technology will take us, but one thing is clear... to me, at least. Short form film has a future, without question. I have watched feature length films on phones... or phone-sized devices, but usually when I'm on a flight. Outside of when I'm crammed into a small space with 5 hours to kill, I don't see when I'd ever watch a 2 hour film on a small device. Having said that, there are numerous occasions throughout the day where I would watch short form media on a phone or phone-like device. It's a no-brainer. Technology is heading this way and the content will follow. Mark my words. Short film has a bright future.

Anyhow, as I believe so much in short film, I'm going to continue to discuss and highlight short films that readers forward me. Maybe someday, someone will turn to Dead Harvey to be a short horror film aggregator for mobile devices. How about that? Anyone out there have some money to invest? It's a great idea... email me, let's talk. So, the film we're going to look at today and discuss is Owen Mulligan's "The Smog", the film is embedded and the bottom of this post. It's under 10 minutes, it's got some great effects, great gore and it's a bit of a new twist on the zombie genre. It has a great look and feel to it and I'm really anxious to see what he comes up with next.

Tell us about your short film, “The Smog”

It’s about a man trying to survive as a mysterious and highly toxic smog overtakes the city turning those exposed into murderous maniacs with severe skin and respiratory disorders.

If you don’t mind us asking, what was the budget?

Obviously, you draw a lot on zombie films, but this is definitely a new take. Talk about where the idea came from and how you developed it into a short.

I wanted to do a zombie film but doesn’t everyone? Even middle school kids are making zombie films now. Anyway, I realized that if I was going to do one it would have to be an original idea. This search for originality led to the idea of combining elements from two of my favorite films Night of the Living Dead and John Carpenter’s The Fog. I didn’t want to use fog so I started thinking about smog. I did research and read about the killer smog of 1952 that overtook London. Thousands of people died. This catastrophe really got me thinking. I soon had my idea of a modern day toxic smog that somehow turns people into murderous maniacs with fucked up skin and such. Not exactly zombies but close enough!

I loved the color and smog effects that you used, it looked great. Talk about how you created that look and feel.

I used a small fog machine and all the lights (with the exception of a few practicals) were covered with green gel. On some of the shots, I used sheer woman’s stockings over the camera lens to make it look really smoggy. The colors and shadows were enhanced in editing with color balance and color curve effects.

The smoggies looked great, too. Talk about how you did the make-up.

It took me forever to create the look but it came down to using a blithe spirit body paint as a foundation, some shadowing, liquid latex, and fake blood. The final layer was apricot preserves dyed green to get a slimy, wet look…very much like big globs of green snot. The actors then used foam tablets in their mouths and a special green dye from Germany was used in their eyes.

From a young age I always thought about making a movie but that seemed too impossible so by the time I was twenty I didn’t think about it much anymore. Ten years later or so I was heavily involved with politics and started doing some camera work because of my involvement and the idea of making a movie came back. The digital technology was available and there was nothing to stop me. I love movies but I’m also influenced by old black and white TV shows like The Outer Limits and The Twilight Zone. I love Alfred Hitchcock and John Carpenter’s work and thank God for Robert Rodriguez!

No. I have zero training when it comes to film and that’s fine by me. I do have a bit of dramatic arts and theater training though, which helps when working with actors.

Talk about your goals behind making “The Smog” and did you accomplish them?

I wanted to allow myself to be more spontaneous when shooting and to use mostly improvised dialogue. I also wanted to make something violent and gory. I feel I accomplished my goals. I got what I wanted and then some.

Also, I can’t help but think that this premise could carry a feature. Any thought put into that?

Definitely. I knew this could be a feature but I didn’t have the money for a feature so I made the short version. I think it would be a blast to make a feature out of this but I would want it to be a thousand times more violent and gory.

I think the indie horror scene is in a good place and this will only get better as Hollywood continues to alienate true horror fans by making shitty remakes, prequels and sequels year after year after year. I almost feel like there is a conspiracy to destroy the horror genre (and we know that will never happen). Anyway, Hollywood is not the future of horror in my opinion. The horror genre is wide open for the indies thanks to the Internet and digital technology. The possibilities are endless and I think the indie horror scene has the potential to explode. Filmmakers should share what they know to help make this happen. Fuck Hollywood.

Where can people check out “The Smog”?

You can see it on my YouTube channel and on my production blog starting June 4th, 2010.

I’m going to continue to make shorts for awhile and also work on some feature screenplays.

This was a lot of fun to watch...good stuff. Wanted to see the rest. Should go for the feature.

Thanks Bill...who knows maybe one day.