Box Office, a handful of new DVDs and an explanation 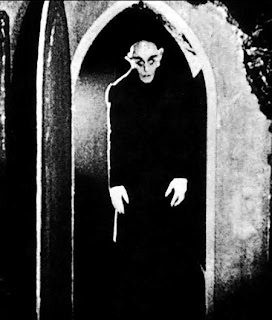 You may be wondering... exactly where has Dead Harvey been over the last week? Well, the brain trust was down in L.A. We were meeting people, discussing projects and, most importantly, downing frothy beverages every chance we could get. Now, we're back and with renewed vigor... and we'll see how long that lasts. So, first off, let's get to the box office.

The big film of the weekend was "Toy Story 3" and it extends Pixar's track record to 11 straight blockbusters. Not only are their films good and prove that wide audiences respond to stories that are universal, simple and well told, they work well with brands, sponsors and advertisers. They've got a system down. So, how can that style of success carry over to horror for you guys? Well, think universal storylines, things that scare everyone. Think about stories that aren't complex and involved. Truly, you can look at Pixar's reasons for success and show how that same process has worked for many of the best horror franchises. "Nightmare on Elm Street" is about nightmares coming to life. "Friday the 13th" is about that unknown in the woods. The list could go on and on... The other wide release was "Jonah Hex" and it was an unmitigated disaster. It wrangled a mere $5.1Million and ranked 8th. It was one of the worst openings on record for a Western, as well as one of the worst openings on record for a comic book adaptation. There's been a lot of rumors and talk about why it was so bad, but the fact remains... it bombed. I still haven't seen it, but now I sort of want to, just because it was so bad. Now, let's see what's coming out on DVD this week. As usual, you can go to our Youtube Page to see the trailers and you can click on the title to go to the Amazon Page.

You know it's a slow week in horror when the PG-13, SyFy original, "Fireball

", is the first film I talk about... and I can't talk about much more than the plot. It's about a former football star, turned convict, who discovers that he has the ability to create fire by mere thought alone.

The Roger Corman classic, "Death Race 2000", is being rereleased on both Blu-ray

. The film came out in 1975 and was directed by Paul Bartel and starred David Carradine and Sylvester Stallone. I'm sure you know the plot, as it was recently remade, but it's about a dystopian future where the United States has been destroyed by a financial crisis and a military coup. Political parties are now a single Bipartisan Party who also fulfil the religious functions in a unified church and state. Citizens are kept entertained by gladiatorial entertainment, which includes the Annual Transcontinental Road Race, where points are scored not just for speed, but for the number of innocent pedestrians struck and killed. At the time, Roger Ebert gave it zero stars...

" is being rereleased and this incarnation is called the Gothic Horror Collection and also includes Vampyr & Le Vampire. If you're not aware of the film, it's essentially the worlds first horror film. It was released in 1922 and it's a German film, filled with German Expressionism and was really revolutionary for it's time... obviously. In 1923, all copies were ordered destroyed and for a long time it was only talked about... however, copies were hidden in cinemateques and eventually made their way out.

"a dystopian future where the United States has been destroyed by a financial crisis and a military coup. Political parties are now a single Bipartisan Party who also fulfil the religious functions in a unified church and state. Citizens are kept entertained by gladiatorial entertainment...."Death Race 2000 is okay but I prefer movies that are based in fantasy. Burka Burka