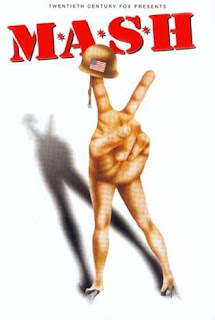 So, Hollywood's in a bit of a financial slump, which is really just a reflection of the monetary woes of the entire nation. Couple that with a war that's lingering in people's minds and you've got a nation in a state of flux. Filmmakers are responding with films based in the harsh truths of war, stories surrounding real people in real scenarios, unsettling looks at city life and stories that reflect the disenfranchisement brought on by the excess of the past twenty odd years. Some of these films will go on to financial success and a lot of them will gain huge critical success, but as for the audience, they head out in droves to see disaster films, blockbusters and horror films. Any of this sound familiar? Am I talking about what's going on right now? I could be, but I'm actually talking about the 70's.

We all know that Hollywood churns out films for a profit, it's just business. It's what they do. However, I don't care what you say, film is an art. There's 'artists' involved in every film you see. Until bean counters can write and lawyers can storyboard, there will always be artists involved in every film. And artists always use their canvas, in some way, as a reflection or interpretation of what's going on in the world. Not only that, what audiences want to see will change with the economic and social climate. There's a reason that films like "The Hurt Locker" are getting critical acclaim today... it's the same reason that "M*A*S*H" did well in 1970. People want to see the harsh truths of war, 80's style action probably wouldn't do well right now. Having said that, people love their fantasy films, as they did in the 70's. Why? Escapism, the idea that there's something else out there, something better - "Star Wars", "Close Encounters of the Third Kind" and "Superman"... or was that "Avatar", "Transformers" and "Dark Knight"? Disaster Movies scare the crap out of people because, well... they want something else besides the economy and war to be scared of - 1970's: "The Poseidon Adventure", "Airport" and "Earthquake". 2000's - "2012", "The Day After Tomorrow" and "Knowing". What about our favorite genre? Well, horror becomes less about fantasy and more about true, gory depictions of what humans are capable of. 1970's - "Halloween", "The Hills Have Eyes" and "The Texas Chainsaw Massacre". 2000's - "Halloween", "The Hills Have Eyes" and "The Texas Chainsaw Massacre"...

My point here is that film becomes a reflection of what's going on in society and audiences will respond, based on that. Right now, a decade into the new millennium, we're remarkably similar to where we were in the 70's. We're recently off the 'great recession', there's a war on everyones minds and there's massive movement towards 'green living' and a sustainable lifestyle. Excuse me if that doesn't sounds a lot like oil shocks and stagflation, the Vietnam and Korean wars and the hippy movement. So, if you're wondering where film is going and what you should be writing and making right now, look no further than film history. Sure, just like stocks, past performance can't gauge the future, but... it can give you a good idea of what's going on and maybe it'll give you an idea or two.

So, what does this mean for you, the filmmaker or writer? Well, here's my thoughts... if you're a horror writer, you should be sticking to gritty, realistic films. Think "I Spit On Your Grave", "Henry: Portrait of a Serial Killer" or "Last House on the Left". Of course, if you're into the sci-fi or adventure stuff, you better go way out there and have a high level concept that easily saleable and explained in one sentence. Other thoughts... I think you need to keep your characters down to earth, realistic and somewhat depressed... think early Woody Allen or Travis Bickle. I think there's going to be a rash of gritty crime films coming, too. Like "Godfather" or "Scarface", update those and you may be on to something. Escapism will be a constant theme for sci-fi and blockbusters... and I think there's going to be a rise in monster movies and realistic alien movies. I may be wrong, I may be right, who knows? At absolute worst, I hope I give you something to think about... and maybe an idea or two.

Have a great weekend, see you next week!
Posted by Dead Harvey at 9:36 AM