From My Inbox To You... A Look At Some Indie Horror Projects 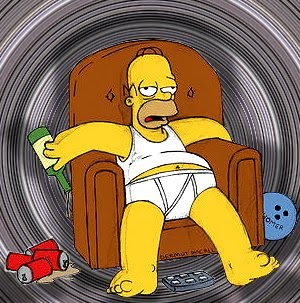 Wow, I can't believe it's Friday. This has been a week from hell and I'm really looking forward to some beers and couch time. My God... Anyhow, the old inbox has been piling up with stuff, so I'm going to unleash some of it. Actually, you should find most of it interesting, as it's all indie horror stuff in varying stages of production... and, in some cases, pre-pre-pre-production. We all need help bringing attention to our projects, ideas and films, so I'm always happy to put this type of stuff out there. It's great for the guys behind these projects, as it gets them a bit of exposure... and it can be great for you, as it may give you some ideas for your projects.

Speaking of projects in pre-pre-pre-production, I was talking with Brendan O'Neill, a filmmaker out of the UK, about a project that he's working on called "Hell Hall". It's a very interesting project and he's already got a few key things in place, including the location. In any case, go check out the Hell Hall Facebook Page, become a fan and check out what he's got going on.

I while ago, we brought your attention to an online web series called "The Scare Game". In fact, we did an interview with Phil Hughes, the writer and director. you can find that interview by clicking here. They're now on their third episode and here's a snippet from the press release they just sent out: "Recently, the horror genre has been inundated with remakes and revamped stories that we've seen a hundred times before. Uncanny Entertainment, based out of Albuquerque, New Mexico, has set out to challenge this trend. Their new horror web series, The Scare Game, follows a group of horror enthusiasts who have to question their own fandom when they are thrust into a real horror situation. Premiering on youtube and Thescaregame.com, three episodes are now up and running for your viewing enjoyment. The latest of which can be seen here"

Lastly, we received an email from Sarah James, who just started up a new horror blog called "Scare Sarah". One of her prime objectives is to promote indie horror films and that means that we're more than happy to promote her. You can check out her blog at scaresarah.blogspot.com.

If you're working on something or are looking for some promotion, please do feel free to email me at ted@deadharvey.com. We're always more than happy to offer our opinion and help give you a bit of promotion.

Have a great weekend, see you next week!
Posted by Dead Harvey at 9:33 AM

Thanks for the plug!