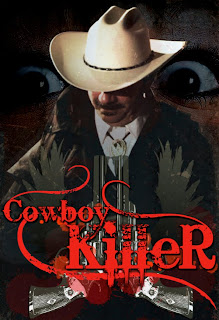 When you think about taking a film from concept to completion on next to no budget and next to no crew, the task can seem daunting. Almost impossible. However, each year, hundreds, if not thousands, of filmmakers attempt the impossible - to make a feature. I shouldn't say impossible... if Andy Warhol's "Sleep" can get positive reviews and get watched, anything could. What I should say is, each year filmmakers set out to do what studios do each year with a fraction of the resources - to make a feature that people will watch and enjoy and THAT is a difficult task.

For me, filmmaking is like building a pyramid... or a log cabin. The bottom, the foundation, needs to be strongest - the story or concept. Next, there's the screenplay - dialogue should be sharp, characters well drawn out. After that, you should set realistic goals and figure out how you're going to deliver this project - what's the budget, what are we going to film on and will that be able to tell the story properly? From there, it gets easier and easier, until you're just executing... until you get to post-production and, subsequently, the marketing and distribution of your film, but I digress. For me, you'll set yourself up for success by having a strong concept/story and then figuring out how you're going to deliver that story. These are things that Jason Baustin and company did extremely well when setting out to make "Cowboy Killer".

"Cowboy Killer" is a throwback to 70's grindhouse... and a good one, at that. I actually saw the trailer a ways back and when I first saw it, I actually thought someone had unearthed some old flick that no one had ever seen. It's not that the story is terribly original, however the main character and his story is. I'd actually go as far as to say, given the right exposure... Roy Thompson, the Cowboy Killer, could be a cult horror icon. In the end, the film blends comedy and horror with a fantastic killer and it's delivered in a great package. In fact, about halfway through the film, you may even forget that you're watching a micro-budget feature and feel like you actually have unearthed some old gem from the 70's. We had the pleasure of discussing the film with director Jason Baustin and, to quote the film, "you're in for a damn treat".

First off, tell us a bit about “Cowboy Killer”. Where did the idea come from and when did you know you wanted to make it?

"Cowboy Killer" came from a side character which was created in Cacchiotti Productions previous film "The Life I Lived." If you check out that film you will get a glimpse of the character (Roy Thompson) who came to be the "Cowboy Killer." Ben Solenberger created the character and worked with Jaymes Camery to create the offbeat script. We decided to make it because we all had some free time and wanted to launch our careers.

If you don’t mind us asking, what was the budget for the film and how did you go about securing financing?

The budget was around 15k, but we only paid for the necessities.

The key to the film and what made it work for me is the killer. You did a great job of creating a believable killer and Paul Bailey played him perfectly. Talk about bringing that character to life.

Oh Roy Thompson. We knew that only Paul Bailey would be able to pull this character off. To be honest, Paul had a great sense for the story and derangement of the character, so I didn't have to direct him that much. We did some rehearsals and made sure to make him believable. What I like about Roy Thompson, is that he believes he is a good person and doesn't realize he is a psychotic killer.

You mixed comedy with horror quite well in the film. Some of the characters were goofy, like the town drunks, and some were more serious. Talk about blending horror and comedy.

I'm not going to say this part was easy, and I did struggle quite a bit with this part. I wanted to make sure the tone would come out properly and not be completely ridiculous. I tried my hardest to make sure the funny parts were humorous and the scary parts were unsettling. I think the music selection helped with this.

The film had a great retro, grindhouse feel to it. Talk about how you created that look and feel and why you shot it the way you did.

Why thank you! I guess I can thank my DP Jason Simmons and myself for Color Correcting. Shooting on Digital Video can be a tricky thing, and I didn't want it to look like all the crappy horror films in the marketplace. We shot it very traditionally with the Master Shot Technique, but I tried to edit it to make it more interesting since most of the shots were static. To do this, we did many takes...up to 25 for a single scene. As for Color Correcting, I went through each scene and tried to create a custom look that fit the tone.

Okay, tell us a bit about yourself. What are your influences and what got you into indie film?

I am a huge film buff. To be honest, I am interested in all genres of film. I wasn't always a horror film lover, only recently. But I really like films with suspense and tension like No Country for Old Men and Bug. I wanted to make movies to see if I could.

Yes. American University. I think traditional film school is a great way to study the classics and learn the technical aspects of filmmaking.

When you set out to make the film, what was your benchmark for success? As in, what were you hoping to accomplish? Did you just want to get a film done to open some doors, did you want it to make money, were you looking for critical success?

With this film, I knew we weren't going to get any critical success. I think what Cacchiotti Productions wanted to do, is see how far we could take a horror film on a low budget. We did it more for the experience and enjoyment. We did want to open some doors and make some money...which we hope will happen.

Unfortunately we spent all our money on the film so we couldn't submit to festivals.

Basically we had to send out hundreds of screeners to small indie distributors. We looked in video stores and found movies comparable to ours and looked up the distributor and contacted them. I think the production schedule of filming was really hard for us. We shot two weeks straight and then stopped. We rarely had extra time. I would've changed that. However, we had the right team to pull it off. Ben Solenberger, Jaymes Camery and Jason Simmons really made this movie possible.

If I was an indie filmmaker, just in pre-production on a new project, what’s the one piece of advice you would pass on to me?

Make sure your script is right. The story is the most important part. It needs to be interesting and make sense. As a viewer and I want to take away something from a film, a message. Unfortunately most low-budget indie films are so worried about the effects and look that they lose touch of the themes of the film and alienate the viewer.

I think it is coming back. The past few years has been slammed with so many "Saw" type of ripoffs. I think Creature Features are in high demand.

Where can people find out more about “Cowboy Killer” or, better yet, buy a copy?

I hope to make some more short films to hone my craft and then attempt another feature. But I don't think it will be a horror.
Posted by Dead Harvey at 8:25 AM