Slick motherboards, new power supply's and stuff for you to vote on... 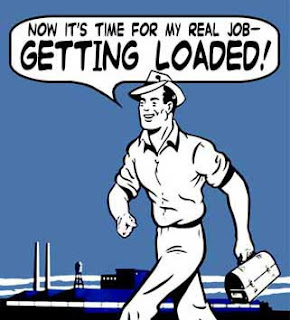 With a slick, new red motherboard, equipped with as much high octane RAM as she can handle and the best power supply that $39 can buy, my PC is back and working better than ever... I'm so proud. Best part about it? I didn't lose a thing. All my files and 'works in progress' have been saved. ...and we can't lose those 'works in progress', the future of horror entertainment could very well depend on them, but I digress... I had to reconfigure a few things, but I guess that's par for the course when you get a new motherboard. I'm very excited, I have to say... and, really, I'm not joking, it's working better than ever. She booted up lightning fast and I was stoked, but I did get a little depressed when I opened up Outlook and the emails started flooding in. Side note - I really need to switch to just doing everything in the cloud, I hear that's what all the kids are doing these days and, well, you know... the kids are alright. Anyhow, after a rash of deletions and quick reads, I was still left with a lot of emails to get through and if my inbox is a giant turd, I'm still on the turtle head. You guys have a lot going on... and now, I need to pass some of this shit on to you.

First up, good friend of Dead Harvey, Blake Reigle, has his film "Beneath The Surface" up for a 'Reaper Award". If you're interested, you can check out the interview that we did with Blake about the film here. Otherwise, you need to head over to ReaperAwards.com, click 'vote now' and vote for "Beneath The Surface" for 'Best Zombie'.

I should mention that Blake offers this up in his email, "Also, if you need help on which films to choose for other categories, I played a part in the making of LAST HOUSE ON THE LEFT (2009), FRIDAY THE 13TH: DELUXE EDITIONS, and vote for my friend's movie A HAUNTING IN CONNECTICUT." As for things I'd like to mention, "Alien Raiders", a personal favorite, is also nominated. So, vote for them, too. Check out our interview with Ben Rock, director of "Alien Raiders" here.

Next up, our buddy Chris Di Nunzio, director of "Livestock", has his film in a trailer contest. Once again, if you're interested, you can check out our interview with Di Nunzio here. Otherwise, head over to Youtube by clicking here and you'll find its link in a trailer contest. There's a pile of good vampire films in there (look on the right), including "Thicker Than Water", which was a fantastic film. (See our interview with director Phil Messerer here) Torn on this one, so... vote for both!

As an indie filmmaker, these are the types of things that you should be paying attention to. It's not just about winning an award, it's about the networking and exposure. There's so much of this going on out there and if you're not on it... or at least researching this stuff and trying to pay attention, you're a big step back. Spend an hour or two each week just looking around for contests, events and things going on. It's well worth it.

So, now I've got a lot to sift through and do this weekend, but it looks like we're back on track. All I need is a lot of cold beer, access to food and to not get carpal tunnel syndrome. Now, have a great weekend... it's not too long until happy hour.
Posted by Dead Harvey at 9:20 AM