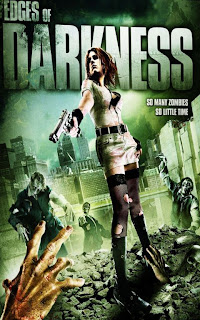 I guess I should lead off by mentioning the debacle that was "Jennifer's Body". If you didn't know, it's Diablo Cody's teen horror follow up to "Juno". It pulled in a meagre $6.8Million and the finger pointing is already rampant. Some blame the advertising, which pinned all its hopes on the lead, Megan Fox, and others blame the sub-genre itself, teen horror-comedy. Funny that no one's saying that it just, plain sucks ass and they're just saying where they went wrong in dealing with the film. I haven't see it... so, I can't judge, but I'm betting it sucks. If you did see it, please leave a comment. I'd love to hear some opinions on it.

There's a ton of horror coming out on DVD this week and I'm only going to go into detail on a few of them, as it's just too much and we don't need to bore everyone involved. You can always click on the title and go to the films Amazon page, where you can read more about it. Of course, you can also buy the films through there. As well, you can go to our Youtube page and check out some of the trailers.

Full disclosure... I'm a Rob Zombie fan. If you actually followed him back when he was just the frontman for White Zombie, you'd remember that he directed all the bands videos, he did all the artwork for the albums and even did a reoccurring spot on "Headbangers Ball", where he painted the set. In any case, you knew that he was into film, art and animation. So, it wasn't a huge stretch of the imagination to see him get into feature filmmaking when "House of 1,000 Corpses" was announced. It was also no surprise to hear about "The Haunted World of El Superbeasto

", an animated film that's based on a comic book series that he created. It's about a washed-up Mexican wrestler and his sultry sidekick and sister, Suzi-X as they confront the evil Dr. Satan.

Well, we finally get the follow up to "Midnight Meat Train", which is "Clive Barker's Book of Blood

" and, surprise, surprise, it ain't getting no theatrical release. (double negative aside, it's not hitting theaters) It's actually the seventh story to be adapted from Barker's collection, but, really, the second since he decided to go through all his works himself. It was adapted and directed by John Harrison and it was shot in Scotland. It premiered at Montreal's Fantasia Film Fest in July and I think it screened at a few other festivals, as well. But... alas, no theatrical release. Just DVD.

" is finally getting released on DVD and this is one for the Dead Harvey crowd. We saw it a while ago, way back in April, and we discussed the film with him. You can read our interview with Horton here. It looks like they've updated the cover art and it looks great. If you're going to check anything out this week, check this out. It's top-notch, well done indie horror.

So, also out are "Albino Farm

", from Joe Anderson and Sean McEwen and starring Chris Jericho, the wrestler; "The Chosen One

", a twisted fairytale from Theodore Collatos that's shot all in black and white; "Autopsy of the Dead

", which looks to be some sort of unauthorized documentary on "Night of the Living Dead" (can't help but notice that Romero's not in it); and "Witchmaster General

Also, it looks like there's a couple of new distributors that are dumping some titles into the mix.

First up, Psycho Junkie, and I can't find anything on them, but I'll look harder and report back. They're releasing a bunch of films this week, including: "Hillbilly Cannibal Bloodline

The other new distributor is Screen Media / Gaiam, which is a little odd because all Gaiam distributes currently is Yoga videos and 'lifestyle' DVD's. Well, now they're adding a few horror films, including: "Vampires: Out For Blood

", "Severed: Forest of The Dead

yeah the reason "Jennifer's Body" opened poorly is because it's pretty shitty. but no one in hollywood ever wants to take the blame for that. they just seem to want to point fingers at everyone else.

It has been said that any bettor needs to see this,