The Recession is Eating Art Films 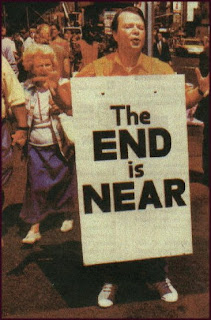 I've talked about how the 'art film', or what Hollywood refers to as 'indie' film is disappearing... and it's funny, as some of the most notable films of the year were art films. "Slumdog Millionaire", "The Reader" and "The Wrestler" were all what Hollywood would consider to be art films. "Slumdog" made a pile of money, but I don't think any of the other films really made anything notable. Quite frankly, I don't know. Check out this article on Forbes.com called "The Recession That Ate The Art Films", that's what prompted this post.

The first part of the article describes a legal battle between Lionsgate and The Weinstein Company over some shit movie called, "Push: Based On The Novel By Sapphire". Now, I don't say it's shit because I've seen it, I'm just reiterating what others have said... like, how it's "nightmarish" (and it's not a horror) or how it's "grim to a level that many film executives say they have rarely seen on film". So, what's it about? Oh, it's light-hearted... it's about an illiterate African-American high school girl who is pregnant with her second child by her father. Definitely the feel good movie of the year. So, why are Lionsgate and The Weinstein's in a fight over it? Because it won the jury prize and the audience prize for best drama at Sundance and only two other films in history have done that... so, it MUST be a guaranteed winner. I know I'll be rushing out to see it in the theaters. Don't kid yourself... I wouldn't waste the bandwidth to pirate it.

Herein lays the problem... I understand that festivals like Sundance, Cannes, and the like, mean a lot to the industry. They trust what comes out of there, they're a big deal for the industry and they can give films a great marketing push. Sort of like the 'Oscar bump' on a minor scale... but here's the thing, remember who's attending and judging these films. Is it Joe Filmgoer? No, it's generally movie snobs and film intellectuals. You know, like the prof you had in film school who felt he could tell you what was good or bad, but never actually made shit in his entire life? Yeah, those guys. Remember, those who can't do... teach. And those who can't teach, criticize. Those who can't criticize, write indie horror blogs that no one reads. Anyhow, the system currently works like this: art film does well at festivals, creates buzz with film snobs. Studios hear buzz from film snobs, get interested in said art film. Studio buys rights to said art film and dumps a huge marketing budget into it. Releases film and film grosses less than what they paid to market it. Industry says indie film is dying.

Look, people ARE still going to the theaters, that's not really the problem. I don't think the theater experience will ever die completely... however, people are just going to the big movies or, God forbid, the good movies. Look at the biggest GROSSING movies of 2008, they're ALL franchise movies with an existing fanbase. However, "Gran Torino" came in at 17, "Slumdog Millionaire" at 29, then it's a HUGE step down for the next 'art film'... keeping in mind that some 300 'art films' came out. So, it's really all about "Iron Man", "The Dark Knight", "Indiana Jones" and Disney films... Now, it's time for Hollywood to adapt. Don't try to cram a round peg in a square hole, guys. Take a step back and look at what Joe Filmgoer is doing and rethink your strategy.

This is where I think a lot of TRUE indie filmmakers get it. It's just unfortunate that the money's not there... yet. You see, when times are good, bad business can seem okay. However, this recession is making bad business look REALLY bad. So, where Hollywood was skipping along a few years ago, losing money here, making money there, there were still able to fund films and pay salaries. However, things are about to change and I think you're going to see Hollywood start doing things like what the TRUE indie guys are doing now. The future is about niche festivals, run and attended by fans... not snobs. The future is about non-theatrical distribution. The future is about reeling in budgets and making sure that the film is GOOD and acceptable to its specific audience. Find out what the people want, then give it to them. It's not that hard. It's what a lot of the TRUE indie guys have been doing, but no one's noticed... and, hopefully, when the industry finally turns that big boat around, we should be in a good place and people WILL notice.
Posted by Dead Harvey at 9:30 AM