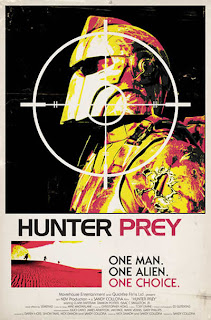 I can't even come up with anything to say about the box office, we're right in the apres-Thanksgiving, en route to Christmas period where everything is family oriented. "Tangled" pulled in over $20Million, jettisoning it past "Harry Potter and the Deathly Hallows Part 1". The next "Chronicles of Narnia" film comes out this Friday, along with the romantic thriller "The Tourist", starring Johnny Depp and Angelina Jolie. The near future doesn't look that bright, either. I've heard it's going to suck, but some of you may be interested in "Tron Legacy", which comes out on the 17th. After that... no joke, you're going to have to wait until February for a genre film. Films that are getting buzz, and may be worth checking out, include "The Fighter" and "Black Swan". "The Green Hornet" comes out January 14th - I'm luke warm on it, I don't know. It's enough to make you just sit at home and watch DVD's, but it's been a while since there's been a really exciting week. There are a couple good, new indie horror's to check out, though.

As usual, you can go to our Youtube Page and check out all the trailers and you can click on the titles to be taken to the films page on Amazon where you can read more and/or buy it.

" and, I don't know what to tell you... it didn't blow up my skirt. Christopher Nolan is awesome, the effects were unreal and the concept was pretty f'ing cool. HOWEVER, after that, I thought it was fairly basic and run-of-the-mill. For me, it was one of those films that, had no one told me anything, I would've loved it. But, because everyone said it was so awesome, I was let down. That and it had gaping plot holes and outright didn't make sense at times.

Okay, so the title sounds like an Asylum film and the cover art looks ridiculously low-budget, but... the trailer for "Hunter Prey

" actually looks alright. It's from Sandy Collora, who made "Batman: Dead End" and the quality is fantastic, the cinematography looks unreal and it looks to be a cool throwback to 70's and 80's sci-fi. I'm not sure how the film came about, but I'm definitely interested in checking it out. Looking around, he put together some wicked posters... like the one above. I have no clue why the went with the cover art that they did. I'm going to have to look deeper into this film.

I'm not sure why "Fistful of Brains

" is being released now... they either decided to rerelease it themselves with new cover art OR they sold it to a distributor and they changed up the cover art and rereleased it. I'm hoping, for Christine Parker's sake, that they got it picked up. Not only have I seen "Fistful of Brains", we interviewed writer/director Christine Parker about it around a year ago. You can find a link to our interview here.

" looks to be a very ambitious micro-cinema film. I don't want to call it a horror, but it definitely has horror elements. It's more like a gory, sci-fi action film or something. Anyhow, it's about a near future where drugs and crime have risen 500% and people are forced to take back the streets from the bloodthirsty drug cult. The killers look awesome, the action looks great. I'd love to check this out and talk with the filmmakers... I may have to look into this further, too. Stay tuned.
Posted by Dead Harvey at 8:00 AM

Hey there! We did in deed get Fistful of Brains released through Brain Damage Films. It is also being carried in Japan through Unearthed Films. We're looking forward to getting our Japanese copies so we can hear it dubbed in Japanese.