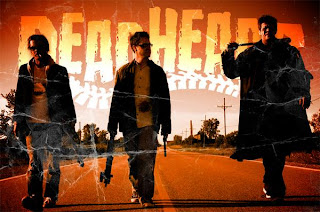 I have some thoughts as to where the indie horror scene is heading... I mean, I always have thoughts, but recently something is becoming evidently clear.

Over the last five to ten years, the cost of producing an indie film has plummeted. You can now make a good looking film for $5K - $10K. Seriously. I'm not suggesting it as a budget, but I'm saying it can be done. I know a few people who've shot on cameras like the Canon Mark V, in 24 fp and the footage looks astounding. You don't know what the Canon Mark V is? It's an affordable consumer DSLR. Editing programs are a dime a dozen and CG effects are easily learned. There are, however, some hurdles. Good actors are hard to come by, you'll need a good DP, a good sound guy, etc. Having said that, none of that stuff needs to cost you serious money. The monetary boundaries are all but gone. The boundaries that exist now involve skill.

Are you a skilled filmmaker, a skilled writer, a skilled director? Did you get skilled actors and a skilled crew? Truth of the matter is, in the indie world, the men are being seperated from the boys. There are top-notch films coming out of the indie world and they are going to tank the amateur hour stuff. Good thing? You bet. It's time that the indie world starts pumping out quality films because, soon enough, the rest of the industry is going to take notice. Brett Pierce's "Dead Heads" is a great example of a quality film that's coming out of the indie world. Watch the trailer and check out the production quality, the acting, the effects and the originality of the story. I don't know what the budget actually is, but they did it on their own. Everything about the film looks awesome and I can't wait to check it out. We had the chance to discuss "Dead Heads" with Brett and he offers up a great interview...

So, tell us about “DeadHeads”, what’s it all about?

DEADHEADS is about two zombie pals, Mike and Brent, who embark on a cross country road trip in search of Mike's long lost girlfriend. As they adventure their way across the midwest they are pursued by a group of zombie killin' bounty hunters. It's a zombie/buddy/adventure/horror/comedy with a little romance for good measure.

Okay, first off… self aware, rationalizing zombies? Is that a first?

It's not. Some other films have done some great stuff with self aware zombies. What I think is original about DEADHEADS is that it's an adventure movie as much as it's a zombie movie. My brother and I really wanted to make Mike and Brent hilarious but endearing characters. We wanted to John Hughes-up our zombies. I've seen some great self aware zombie films but I feel these are the first zombies I'd want to hang out with.

The film looks to be remarkably unique – I can honestly say that I’ve never heard of, let alone seen, a zombie-buddy road trip film. Where did the idea come from and talk about developing the idea into a film

Drew and I were living in LA working as interns and PA's and barely scraping by. We had a few scripts we we're blindly shopping around but we were nobody's, nobody cared. We realized that even if we were lucky enough to sell one of these we'd never get to direct it. So we started writing DEADHEADS which was something we could produce independently. Drew and I had grown up on the set of EVIL DEAD. Our father was the photographic FX artist for the original one. What we took from watching Dad, Sam and the guys is that horror and comedy works and that we don't need a big name attached to get people to watch. Everybody likes to laugh and everybody likes something a little creepy or scary. We had made a "no money" feature just out of high school that we co-directed with 3 other friends. It had a few talking zombies in it and that was our favorite part of that film. So we scribbled down "talking zombies" and that's how it really got started. All the other elements of the story we're inspired by our love of 80's adventure flicks like THE GOONIES, BACK TO THE FUTURE and STAND BY ME. We knew we had one shot at this and we just kept writing and rewriting out of fear of failure. Everyday we'd write, argue, and just grill each other about every scene. "Is this funny? Is this exciting? Are the characters working?"

Umm....Less than Avatar? We just asked anybody and everybody. It was a 2 year process. We put together investor info packs and a pitch and took hundreds of meetings and pieced it together.

Where are you at with the film now and what’s next for the film?

We actually just finished post production. It's done, wrapped. We actually still can't believe it. It's been about 5 years of our lives.

We're currently submitting for fests and meeting with distributors with the intent of getting a theatrical release. The benchmark for success for us is when somebody approaches us after seeing the flick and they just wants to meet our buddies Mike McKiddy and Ross Kidder (Mike and Brent in DEADHEADS). They're so excited to meet them and they just see them as the characters in the movie. It reaffirms us why we want to make movies. I just hope we get to do it again.

Where can people find out more about “Dead Heads” and is there a trailer that people can check out?

Best place to keep up on the movie is Facebook and Twitter. We're updating constantly. We also have a trailer posted. Here ya go!

Now, tell us a bit about yourselves. How did you get in to indie horror and film?

We'll we grew up amid EVIL DEAD and that put the bug in us to make movies. In high school and into college Drew and I made shorts, mock trailers for movies we wanted to make, and "no money" features we'd shoot on weekends with friends for fun. We made dramas, comedies, horror shorts, sci-fi and etc. Making the horror and comedy stuff was the most fun. You get to make fake blood, throw cow innards at your actor buddies, and you just get to play. It's a blast! After that we headed to LA with big dreams and quickly realized that Hollywood was not going to make our movie for us. We we're going to have to go do it on our own and prove we could do it.

I'm in the middle on film school. I think it really works for some people. I think the best thing you can get out of it is the people you meet who share the same dream as you. The flipside for me is that it's really expensive. You wrack up a lot of debt that you could instead wrack up on an indie flick you make. I didn't go to film school. I feel my film school was back home in Michigan when I got to work with all my buddies making those "no money" features and shorts. I learned so much doing that. But that's just me.

It's exploding. I can't believe how amazing some things are starting to look. The jump in quality of cinematography and special effects is astounding. They've been saying for years that the tech was coming for anyone to make a movie. It's here. But cameras and computers don't equal good storytelling. We just have no excuses anymore about not having the ability to achieve quality post production.

We have a adventure/comedy script called DORKS & DICE written we would love to do. It's a reality meets fantasy epic with heroic nerds at the center. We love nerds. We've actually plotted it as a trilogy. Dreaming big here. We also have a good and nasty werewolf script called NEVER CRY WOLF. Straight horror. We want to make werewolves scary again. The other one we're currently working on is a horror/comedy based around Halloween tentatively titled "ALL HALLOW'S EVE" but that will name will probably change. Our priority is getting DEADHEADS out there though. Our cast and crew killed themselves making this movie and we love it to death. We can't wait to get it up there on the screen.
Posted by Dead Harvey at 9:53 AM