It's A Potpourri Of Horror News!!! 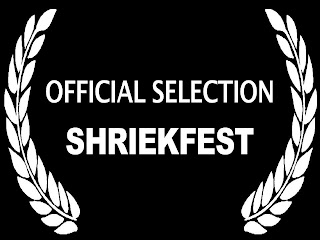 We've been rolling out a lot of interviews over the last few weeks and I even have a few more on file, which I'll get out in the coming weeks. However, when we do that, my inbox tends to get jammed with news, trailers and event listings... A side note - are any of you subscribers to the "my inbox must be empty at the end of the day" philosophy? I tried, but damn... can't do it. So, now I subscribe to the "my inbox is like a Netflix queue" way of life. It's always full, but I delete the ones that are junk or that I know I won't care about... everything else is just waiting to be read, when I get to it. The only issue is time sensitive stuff that's been in there for months. Whatever, I'll admit it... and let this be a lesson to you. I don't get to every email and I don't watch every film that's sent my way. It's not because I don't want to read every email or watch every film, it's just because a lot of shit gets lost in the mix. If you want me (or anyone - here's the lesson) to get back to you or read your shit or watch your film, bug me until I do. Squeaky wheel, people. Squeaky wheel. No matter what they say, it's true. There are no "maybes" - keep bugging people until it's a "yes" or a "no", but I digress... The whole point is I went through my inbox and found a few interesting things to pass on.

This, I wanted to post right away. Shriekfest just took place and they've announced their winners. Celebrating their 10th year, Shriekfest took place at Raleigh Studios in Hollywood and they screened 36 films and had 32 screenplay finalists and 12 original song finalists. Here's some of the winners: "Ashes" directed by Elias Matar took the Grand Jury prize for Best Horror Feature Film, "Transfer" directed by Damir Lukacevic took the Best Fantasy Feature Film award, "Serum 1831" directed by Anand Kanna took the Best Short Film prize and "Rise of the Appliances" directed by Rob Sprackling took the Best Super Short Film prize The winner of the Best Horror Feature Screenplay went to "Dead Crows" written by Chris Todd and the winner of the Best Short Screenplay goes to "Carbon Dating" written by Louis Rosenberg. You should go to their site and look at the complete list of all of the winners, as it's nice to know what kinds of films and screenplays are winning, right? Go to Shriekfest.com.

Okay, so a lot of people send me links to their blogs and sites and usually I gloss over them, but I really wanted to mention this one. This one not only gets into the obscure, but they put it all together in entertaining lists and reference horror films that I've forgotten about, characters that I barely remember and classic scenes that had slipped my mind. They sent me a link to the article "A Time to Kill: 11 Annoying Horror Movie Victims Who Deserved to Die", which you can get to by clicking HERE. However, click on the title and check out some of their other articles. I quite enjoyed "Class Reunion Massacre: 11 Boogeymen Who Should Kill Again". Anyhow, check it out and keep up the good work, guys!

Lastly, I'd like to embed the trailer for Bill Zebub's latest film, "Zombie Christ". Or is it one word? "Zombiechrist"? The plot revolves around modern Druids that raise the partially mummified remains of Jesus to do their bidding, making it perform unspeakable acts to usher in the new age. The film comes out October 25th and for more info, go to Zebub's site HERE.