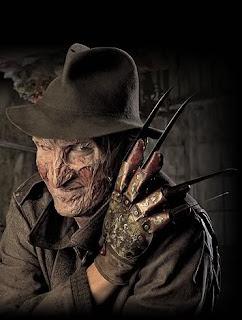 I'm a little hungover from the Superbowl, but I'll do my best to get through this post...

Pirate Bay says it can't be sunk - Wired had this article about how Pirate Bay, the web's most notorious P2P file sharing site, will never be shut down. The interesting thing, I think, is that the guys who run it all have day jobs and don't make much money off the site. What it really goes to show is that P2P file sharing isn't going anywhere and Hollywood just needs to accept that. I've been reading about how the distributors are going to try to make it harder and harder to rip movies and upload them, how they're going to track them with watermarks, how they're going to shut the P2P sites down, blah, blah, blah... Look, guys - if you can make it, they can break it. Give it up and learn to live with it. Now, figure out how to use it to your advantage and stop your whining.

Contract outlined in writers strike - It looks like the WGA strike is finally coming to an end and although it barely changed my viewing habits, I'm sure the writers are going to be happy to get back to work. Also, a lot of Hollywood was very anxious to have the strike over by the time the Oscar's rolled around, as a lot of the nominated movies were "indie" films that bank on getting their 'Oscar bump', which is when audiences check out the movies after it's announced that they're nominated, talked about at the awards, etc. On a side note, if you noticed, there were a lot of ads for upcoming movies during the Superbowl and I think that may have had something to do with the fact that they were concerned that the Oscars may not happen. Usually, they dump a lot of money into ads around the Academy Awards (which some call the female Superbowl), but maybe they hedged their bets and bought time during the Superbowl, which happened to be the highest rated Superbowl ever with 97.5 Million viewers. For interests sake, that's actually the second most watched TV show in history, the final episode of "M-A-S-H" being the first.
Posted by Dead Harvey at 9:10 AM