Horror Tears Back: A Big Weekend At The B.O. and A Big Week In DVD Releases 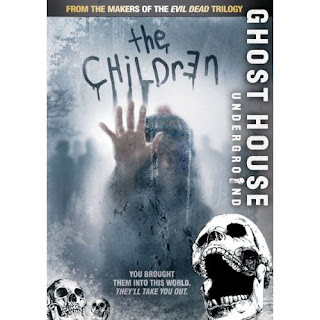 Well, my hunch was right... I thought "Zombieland" was going to kick some ass. It did and it was an official hit. It pulled in over $25Million from 3,900+ screens and it proved that, although strange bedfellows, horror and comedy can make a lovely couple. To put it in perspective, "Zombieland" actually had the second highest opening gross for a zombie movie, just behind the "Dawn of the Dead" remake. This is good news for horror, as there have been some real stinkers coming out lately, including "Jennifer's Body", "Pandorum" and "Whiteout". Hopefully it turns the tables and sets the tone for upcoming horror releases, as there's a bunch of films to look forward to, including: "The Crazies", "Saw VI" and a few others... Raise your glass, here's looking to closing out 2009 on a high note.

Anyhow, there are so many movies out on DVD this week, I'm flustered and I don't know where to start. Not only that, a lot of them are good. I've seen a few of these already and there's a few that I've heard lots of good things about. So, as I can't really comment on many of them, I URGE you to go to our Youtube page and check out all the trailers. Also, you can click on the titles and go to their Amazon pages, where you can learn more and even buy them. So, right to it...

Sam Raimi's Ghost House Pictures is coming out with a few films this week, including the highly acclaimed "The Children

" with Val Kilmer, which looks like a bit of a rip-off of "The Thing"; "Seventh Moon

", which is from "Blair Witch" helmer Eduardo Sanchez; and, finally, "Offspring

". I'd like to duly not that TWO of these films are what I term 'killer kid' movies. Both "The Children" and "Offspring" are about psycho kids... and I picked this a few months ago - killer kid films are going to be the next big thing. That and 'adult baby' films. Well, one out of two ain't bad.

Just in time for Halloween, from Warner Bros and Legendary Pictures, it's the straight to DVD "Trick 'r Treat

". It looks like they were originally going for a theatrical release with this, as it looks pretty good and has great production value. Also, I may be mistaken, but I think they may have an adult baby in the film... watch the trailer, it's quick... but it's there.

" and, once again, it looks good. 'When the baby sleeps, be quiet. Be very, very quiet.'

Don't paint me in a corner, just because I like slasher films, gore flicks and I'm a big advocate of nudity, I DID go to film school and that means that I can appreciate a good artsy film, especially if it has horror elements... and Ron Pearlman. "Dark Country

", from Sony Originals, fits the bill. I'll check it out. It's also got Thomas Jane in it.

And then there's the remake of "Children of the Corn

", which is a SyFy original. Draw your own conclusions here.

I briefly read about "Staunton Hill

", then checked out the trailer. About 30 secs in, I thought I had it pinned. Then came the creepy farm folks and the TCM references... Sold. I'm in.

" looks like an indie horror, very slow build up in the trailer. Not sure, need to know more on this one.

Oh, Lance Henrickson, either you're going for the creepy old man look these days or the sands of time have not treated you so well. Honestly, does he smoke 10 packs a day and sleep in a tanning bed? Check out the trailer for "Seamstress

" and take a look at that face. The film actually looks pretty good, though. Could be one of the best of the week.

I can't really figure out "Senseless

", as I'll I could find was a German trailer. Is it a German film? I think that trailer's dubbed, though. Either way, I have no idea of what's going on in the trailer, but it looks like it could be pretty good.

For a second, I thought it was 1994 again... Check out the trailer for "Skull Heads

" and tell me you don't long for the days when you used to wait for new Charles Band films... or was I the only guy that was excited about "Puppet Master III: Toulon's Revenge" before it came out?

If you're a Dead Harvey reader, you'll want to check out "Horror 101

". It's a collection of five indie horror films, including "Beneath the Surface", "Zombies Anonymous" and a few other Dead Harvey favorites.

I love the title "It's My Party and I'll Die if I Want To!

" and the film looks pretty damn good, too. Also, it looks like it's full of practical effects and even has a cameo from Tom Savini. Not only that, what's with the 'choose your own adventure horror'? How's that work? I'll bite...

Also, look for "Hide And Creep

", which looks alright; "I Spit Chew on Your Grave!

", which looks EXTREMELY low budget, but in a good, good way... there's "Bleed With Me

" and I don't even know what language it's in. Also, "Splatter Movie: The Director's Cut

", which is from Amy Lynn Best and is FULL of indie horror legends, such as Debbie Rochon, Aaron Bernard and Tom Sullivan.

Oh... and look for rereleases of "The Gate