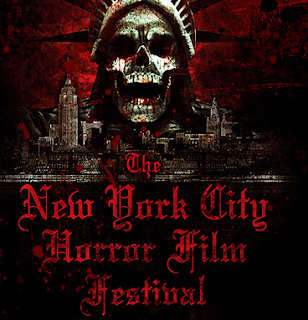 If you're into the indie horror scene, especially if you live in the New York City area, you should be familiar with The New York City Horror Film Festival.  You may also be aware that the festival was cancelled last year due to the untimely passing of the founder of the fest, Michael J. Hein.  He was a huge supporter of indie horror, plus he was a producer and director of indie horror himself...  It was very sad news and the horror community certainly lost a big piece of the puzzle last year.  Anyhow, we were lucky enough to interview Michael a few years ago and here's a link to it.  It's a great interview and take note of what he says when I asked about what advice he would give to up and coming filmmakers.

The good news is, the festival will be back in 2012!  We received an email from them and they want to get the word out that there's a new NYC Horrorfest website coming out by January and the fest will continue in Michael's memory.

We'll be sure to post some sort of reminder once we see that's it up and running.
Posted by Dead Harvey at 6:09 PM