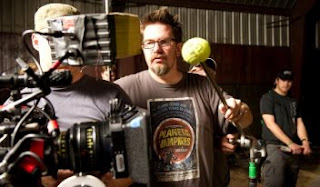 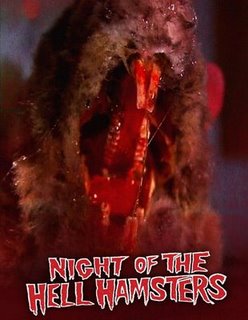 www.facebook.com/TheDevilsRock
Posted by Dead Harvey at 3:44 PM No comments:

I'm always happy to promote filmmaker's Kickstarter and Indiegogo campaigns...  I think it's a great thing for all of us.  It's something we can all do, so we should be helping others, finding out what works and what doesn't and learning from it.  I think we should all spend a bit of time each week looking through different projects on Indiegogo and Kickstarter.  Anyhow, I received a press release for Shiva Rodriguez's Indiegogo campaign that's for her film, PREDATORY MOON.  It'll be a werewolf film done entirely with practical effects and it'll be the directorial debut for Rodriguez...  who's an F/X artist by trade.  The official site for the film is www.predatorymoon.com and the link to her indiegogo campaign is www.indiegogo.com/predatorymoon.  Here's some more info on the project...


Shiva Rodriguez is one of the few female directors in the male-dominated indie horror scene. These days most werewolf transformations are done with CGI, but Shiva will be doing it with practical effects like the classic film "An American Werewolf In London".  Please check out the video on the campaign page to see how she plans on achieving this difficult feat. www.indiegogo.com/predatorymoon

Shiva has been in the entertainment industry since 1988, working with theatre and performance art productions before moving into film and video in 2008. While she's best known for her work in practical F/X for stage and screen, she also has experience as an art director, stage manager, costume designer, set decorator, video editor, screenwriter, and producer.

Predatory Moon is a unique werewolf story that takes place near the Florida Everglades. Zoologist Kyle Reading suspects that the violent bear attack he's investigating was actually the work of a far more sinister creature. Acting on his suspicions, he begins to take a closer look at Dean, the sole survivor of the incident who is displaying some very unusual behavior.

Unfortunately for Kyle, there is someone watching him very closely too. Someone who sees an advantage to having a stranger in town who cries “werewolf”.

Predatory Moon is a very old-school style horror film geared toward fans of the genre. This production will be shot on location in Florida in 2013, utilizing a talented cast and crew of local film- makers, natural locations, and 100% practical effects.