News From The Box Office and The Upcoming Week in Horror 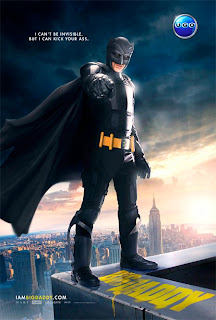 So, comedy beat out action at the box office... kind of. Really, there was no clear winner, as "Date Night", "Clash of the Titans" and "How to Train Your Dragon" all came in within a couple million dollars of each other, which is nothing. What's a couple million dollars? However, they did come in, in that order. "Clash" dropped big time and "Dragon" held in there a lot better than people expected. Not much to report, really, so I'll just look to next week. This coming Friday has two big movies coming out, "Death at a Funeral" and "Kick Ass". Let's just say that I won't be seeing "Death at a Funeral" and leave it at that. However, I'm really interested in "Kick Ass", as, to be honest, it's really unique and I want to see how it does. It's based on a comic book of the same name, although the rights to the film version were sold before the first issue was even published. It's about a teenager that wants to become a superhero, then gets caught up in a bigger fight when he meets Big Daddy, a former cop that's training his eleven year old girl to be a ruthless vigilante. I'm interested in it because it really seems to be going for a younger demographic (an eleven year old antagonist, a teenager that wants to be a superhero, a flashy soundtrack), HOWEVER, it's been called "jaw-droppingly violent", "relentlessly violent" and has an eleven year old girl that is more vulgar than a bus load of drunken sailors on their way to a whore house. The budget wasn't that big, by Hollywood standards, only $28Million, so I guess the risk is low for Lionsgate... but it's an interesting angle and I do want to check it out and see how it does. Anyhow, on to the horror that's coming out on DVD this week. As usual, you can go to our Youtube Page and check out the trailers and you can click on the titles, where you can go to their Amazon Page and read more and/or buy the film.

The new Platinum Dunes reinvisioning of "A Nightmare on Elm Street" hits the screens in a couple weeks, so we're getting some rereleases of the original. Quite honestly, I still think of the original as a classic. I grew up on Freddy and I heart him, what can I say? An antagonist with the personality and look of Freddy Krueger that comes after you in your dreams is simply f'ing ingenious. When do people watch horror movies? At night. What do they do after the movie is over? Generally, go to bed. When does Freddy get you? When you go to sleep. From a writing perspective, it's just damned smart. Your nightmares are real, now go to bed. Damn. Anyhow, you can now get the original "A Nightmare on Elm Street" on Blu-ray

and get the entire "Nightmare on Elm Street Collection

", written and directed by Mark Stouffer, is about four young couples that head off to do some off-roading, but end up being attacked by 'The Catcher', an alien (or human or thing... I don't know) that's "a skilled and brutal hunter of human specimens for alien science". Reviews aren't that great, but it does look like it's got a bit of budget behind it. The trailer's very strange, as it has an official trailer at the front end, but then it cuts to this choppy sequence of events that I can't really figure out. I'm not going to lie to you, I really don't know what's going on here. Next.

Aliens are big this week, as you also get "Infection: The Invasion Begins

" comes out of Ireland and it's directed by Aisling Walsh. It was nominated for best achievement in production and best actress for Samantha Morton at the British Independent Film Awards. You've got a classic horror backdrop, where an emotional fragile family moves to a remote village following the tragic death of their baby daughter, which sets up them taking in a disturbed and orphaned autistic girl called Daisy. One thing leads to another and, as you would expect, Daisy is not what she seems... in fact, she may be something far more malevolent.

", which in long form, is called "The Greatest American Snuff Film - Directors Cut Special Edition". Now, I don't know if this is a remake or reinvisioning of the original, but if you haven't seen the first, it'll be worth picking up. What's great about these films, and what I love about them, is the fact that he's justifying using an extremely low-budget medium. Yes, it looks low-budget. Yes, it's gritty. Yes, anyone could put this together... but that's the point. You want to know how to make a no-budget film marketable? Look at what Tretta's done with these two films.

" was actually already released... and not that long ago, just back in December. I'm pretty sure what I said then is still valid: "Mental Scars" is from Mischa Perez and it's got one of the creepiest looking killers I've seen in a while. However, I feel that he should've been taller... maybe move a bit slower. That could be just me, though. In any case, he goes by the name David Taggart, but his ancient Native American tribe refers to him as "the Protector" - a dark figure in the night who scavenges the grounds in search of human flesh... and he's got his work cut out for him here, when a bunch of investors try to turn a dilapidated old junk yard that sits on top of a Native burial ground into a profitable parking lot.
Posted by Dead Harvey at 9:44 AM

Good way of describing, and nice paragraph to get data on the topic of my
presentation subject, which i am going to deliver in college.

Here is my weblog accolade